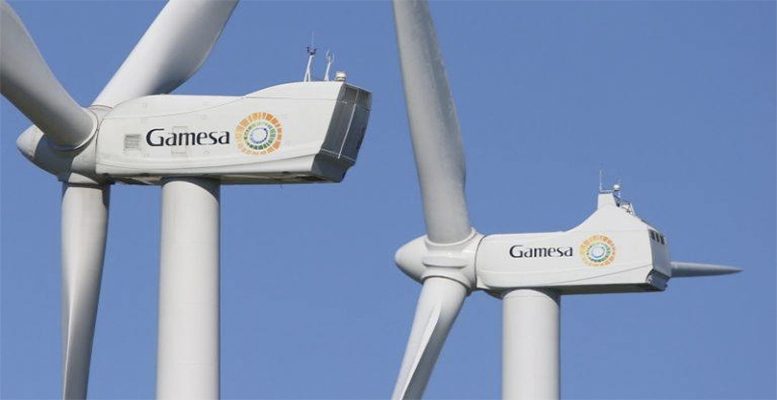 The merger of Gamesa with Siemens’ wind energy business is now in its final phase after the European Commission gave the green light to the deal. The merger will be effective from the beginning of April and within the next twelve working days the companies will pay an extraordinary gross dividend of 3,59 euros per share.

On June 17 2016, Gamesa and Siemens reached an agreement by virtue of which the former would absorb Siemens Wind Power, the subsidiary which manages the German firm’s wind energy business, through an exchange of shares. Shareholders of both companies, as well as the various regulatory and competition authorities, later approved the deal.

The European Commission was the last institution to give its opinion on the merger. On March 13, it said it approved the transaction without any conditions. For its part, Gamesa announced that the merger will be effective from April.

After the merger, Siemens will hold 59% of the new Gamesa and the current shareholders of the Spanish wind-turbine manufacturer will hold the remaining shares. This means that Iberdrola will be the second largest shareholder with 8.2%,

The extraordinary gross cash dividend of 3,75 euros per share will be paid out on a maximum of 279.268.787 shares, or for a maximum aggregate amount of 1.047 billion euros.

As reported by Bankinter analysts:

“This amount will be reduced as a result of the ordinary dividend which Gamesa paid to its shareholders last July. In the end, they will receive a gross amount of 3,59 euros at some point still to be determined in April.”

Who has the right to this dividend?

Experts also explain that it will be paid to natural or legal persons who: 1) are registered as participants in Iberclear as shareholders of Gamesa at the close of the fifth stock market session after the date the merger becomes effective, and 2) are holders of shares in existence the day before the merger becomes effective (so Siemens does not have the right to the extraordinary dividend).

What strategy should Gamesa shareholders follow with regard to this extraordinary dividend?

They have two options: 1) sell their shares before, or 2) take the dividend, which the share price will discount. Analysts add:

The first option could be sufficient for those investors who want to offset capital losses from other investments with the capital gain in Gamesa. You have to be aware that in the case of the second option, tax will be retained.

A Bankinter’s preliminary valuation of Gamesa gets a Target Price of 22.9 euros per share, which excludes the extroardinary dividend.

The above-mentioned target price offers an upward potential of 6% from the current trading price, to which the extraordinary dividend’s 17% yield needs to be added. So the combination implies a 23% potential upside, which justifies our Buy stance.