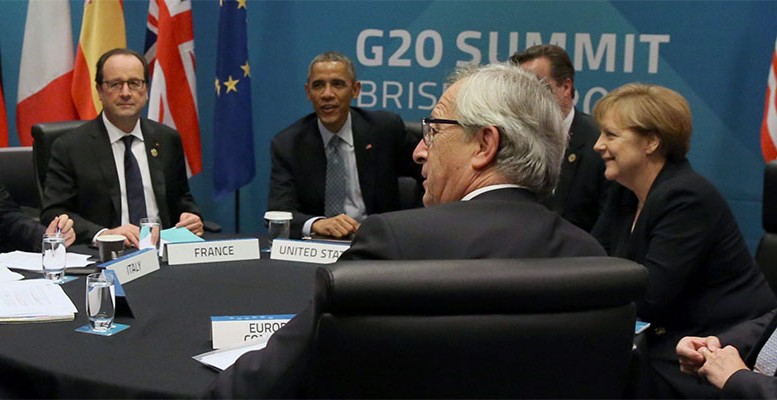 Julius Baer Research | Yields of German 2-year and 5-year government bonds are down to -0.55% and -0.36%, respectively, testament that the market is not expecting the G20 finance ministers and central bank governors to hammer out a global deal against falling interest rates.

Indeed, such negative government bond yields can only be justified by a further cut of the European Central Bank’s (ECB) deposit rate from the current level of -0.3% to -0.5%. The deposit rate marks the bottom of the yield level the German Bundesbank is allowed to purchase government bonds in the “extended asset purchase programme”, also known as QE. The ECB is seen to be under pressure to deliver such rate cuts due to the falling market-based long-term inflation expectation – the 5-year forward 5-year inflation swap rate stands at a new all-time low of 1.36% – and to keep the euro from strengthening against the dollar and the yen. While the G20 has no instrument to lift market-based inflation expectations besides the simple notion that deflation fears are not warranted, they might agree on a “Plaza-like” accord against competitive devaluations, and an agreement to jointly leave rates un-changed.

The US Treasury secretary Jack Lew has lowered expectations for such a deal, however, denying the need for extraordinary measures given the solid stance of the US economy. Moreover, Jack Lew outright denied that there is a connection between the volatility on financial markets and “the real economy”, what is an open slash in the face for all the market observers who calculate a rising recession risk in the US based on the widening of credit spreads, falling equity valuations or the flattening of the yield curve.

The European bond market is priced for further, material cuts in the ECB deposit rate. Any form of agreement thus poses an upside risk for yields. We continue to prefer the USD high-grade market for capital preservation, which is not as vulnerable as the EUR market and offers a better risk/return profile.