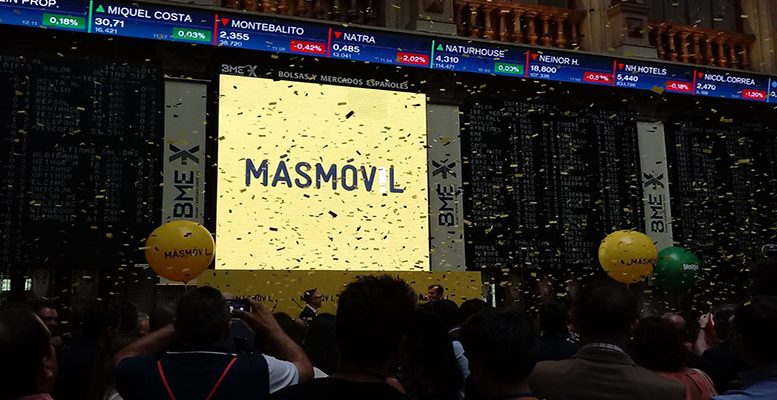 The government has approved the takeover bid by the Cinven, KKR and Providence funds for MasMovil, meaning another requirement for the success of the operation has been met. On 1 June, a consortium formed by these three funds launched a bid for 100% of the Spanish operator’s capital at 22.5 euros/share. A group of shareholders holding 29.5% of the capital have already reached an irrevocable agreement to participate in the bid. They can only break this if there is a counter-offer of more than 26 euros/share. The bidders’ intention is to exclude MasMovil from the stock market if they obtain over 75% of the capital. The operation is conditional on obtaining 50% of the shares plus 1. After the government’s authorisation, the operation is still pending approval by other regulators and the CNMV, which could take 1-2 months. So the offer could be closed at the beginning of Q4’20 (possibly even earlier).

“The offer seems low to us (5x EBITDA ’20e) and we see the possibility of alternative offers or the funds improving their initial bid,” Renta 4 analysts say. They also recommend holding on to the shares, except in the case of conservative clients who prefer not to have to assume the risk of executing the business plan (with less visibility due to CV19).

Meanwhile, Masmovil has reached an exclusive agreement with Amazon to have priority access to the launch of Amazon products and services. Masmovil will participate in the launch of Audible, Amazon’s bet on podcasts, and will develop new products for Alexa Skills applications. This agreement with Amazon will boost the company’s capacity for innovation and digitalization, also improving its commercial offer.