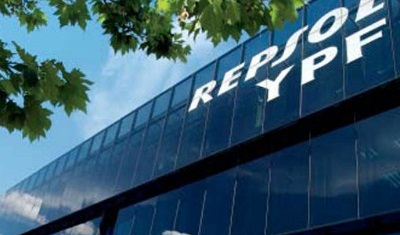 By Alberto Valverde (http://www.capitalmadrid.com) in Madrid | In 1999, Alfonso Cortina, Repsol’s president sworn in by the grace of the then president José María Aznar, accorded the acquisition as a majority shareholder of Yacimientos Petrolíferos Fiscales (YPF) at a price that president of Argentina Carlos Menem took no time in accepting. The late Nestor Kirchner, married to Cristina Fernández de Kirchner, who is now Argentina’s president since succeeding her husband in 2007, was the governor of the province of Santa Cruz, one of the richest oil and gas fields and the territory that most protested the sale. Repsol had to overcome local resistance by depositing in a Swiss account $500 million, reportedly destined to support the stunted provincial coffers.

The existence of that agreement was unveiled in Madrid by Kirchner himself in one of his rare visits, curiously during a press conference in which senior executives of Repsol were stunned to hear such a tremendous outing. Few people realised the revelation that had been made, but I heard one that could not help commenting:

“Money uselessly spent. YPF was not worth what was paid and their damn reserves were in the end almost non-existent or of poor quality.”

So much so that Antonio Brufau, current president of Repsol, had to make a public statement shortly after becoming president in 2004 correcting the declared reserves, largely thanks to internal auditors and convoluted legal obligations imposed by US law, given that Repsol-YPF is listed on the NYSE.

The truth is that in Repsol, a high number of its brightest executives never wanted to buy YPF. Apparently, it was a liability dragged on from the days when Felipe Gonzalez resided in Moncloa and was Spain’s president, a promise of assistance to Argentina at a time it was so impoverished as today Spain seems to be and Argentina itself will soon be again. Argentina was then a glitch of the economic cycle but in Repsol, a very well run company in almost every period, most knew it should have been avoided.

The truth was that Cortina gave in enthusiastically to the pressures of Gonzalez’s successor, Aznar, and embarked on a costly rationalisation of accounts, stocks and finances of the new subsidiary in Argentina. It took many years and many millions (billions), and several domestic and international nasty affairs to clean YPF. If we had first-hand information, I suspect we would really know if YPF has brought significant profits to shareholders of Repsol and whether that effort would not have given investors better returns had it been used in other purposes or acquisitions, or reserves, as the company has been doing in recent years.

But what’s done is done. And here’s YPF, which despite not having lost its Argentine identity (Repsol never re-branded its outlets) is identified, wrongly of course, with the heartless and abusive Spanish conquistadores.

I will not comment on the party-politics that Repsol has had to suffer during 22 years in Argentina. Neither will I say anything about the authorised and subsidised rates, nor about the poor quality oil reserves, poorly exploited (the Argentines denounce), or even about the goodwill arising from the purchase that no one wanted.

The question now is different. The expropriation of YPF could be, in fact, good news for shareholders of Repsol if the Argentine government pays a fair price. A special dividend from the sale of YPF would be the best tonic that could be given to the long-suffering shareholders of Repsol. So much so that it even makes you want to start buying large quantities of shares in the Spanish oil company.