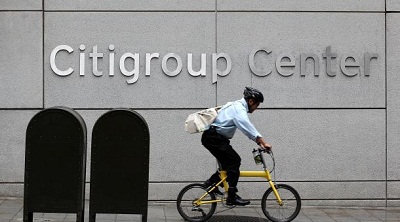 NEW YORK | Because “there’s good pay and there’s obscene pay”. That’s why Brian Wenzinger, who manages more than 5 million shares of Citigroup, voted against the $15 million pay package for chief executive Vikram S. Pandit, says the New York Times. Like his firm, 55 percent of the bank shareholders rejected the company’s pay plan on Tuesday, marking the first time in Wall Street history that stock owners rebuke a giant compensation at a financial firm.

The vote is not binding. Citigroup, whose shares slumped 44 percent last year, is under no obligation to do anything. However, this shareholders decision sets a precedent and is a wake-up call to other financial firms that have increased the pay of their top executives this year despite mediocre performance.

As Eleanor Bloxham, CEO of The Value Alliance and Corporate Governance Alliance, explains to The Corner, the vote was historic for several reasons:

“The vote is important because it will begin a new dialogue between shareholders and the bank. Citi will now have to sit down and talk to shareholders about their concerns on pay and how the company is run. It sets a precedent for Wall Street. Citi was surprised by the vote. Wall Street firms and all large banks will now be more careful in their pay proposals and in enhancing their dialogue with shareholders not just before the annual meeting but through out the year,” Bloxham points out.

“This is a milestone for corporate America. When shareholders speak up about issues on which they’ve been complacent, it’s definitely a wake-up call. The only question is what took them so long.”

A spokeswoman for Citigroup stated:

“Citi’s Board of Directors takes the shareholder vote seriously, and along with senior management will consult with representative shareholders to understand their concerns.”

Outgoing Chairman Richard Parsons said changes will be made.

U.S. taxpayers paid $45 billion to Citigroup to help it survive the financial crisis (it almost collapsed in 2008) The firm has since repaid the entire sum. Banks that took money from the Treasury Department’s Troubled Asset Relief Program in 2008 and 2009 were required to put a say-on-pay vote before shareholders. After the 2010 Dodd-Frank law, all companies require so. In 2011 only 2 percent of compensation plans were voted against, according to ISS Proxy Advisory Services. Some boards reacted by reducing their executives’ package.

Why Citigroup? There are Wall Street’s executives who earn more than Vikram Pandit. He had the 45th highest compensation, according to executive compensation research firm Equilar, whereas Apple’s CEO Tim Cook got the highest pay at $378 million.

Proxy advisory firms, which are the ones issuing recommendations for institutional shareholders, have hit the bank because its pay packages do not enough increase shareholders value. Moreover, in spite of its 2009 and 2010 1 dollar pay, Pandit’s “executive long-term performance retention award” could be worth $40 million, Bloomberg reported.  In Citigroup’s 2012 annual proxy are detailed multi-year retention award packages for the senior management team