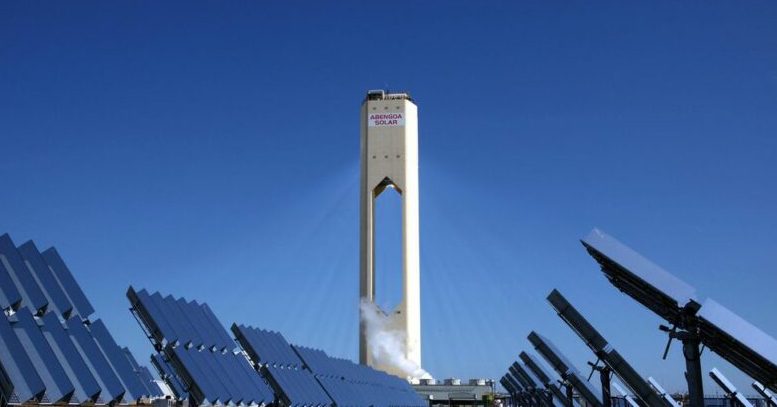 Abengoa will begin the construction of a reverse osmosis desalination plant.

Abengoa will begin construction of an inverse osmosis desalination plant of 909,000 cubic metres per day in Taweelah (UAE), which will be the largest plant of this kind of technology in the world. The project is valued at more than $700 M (623 M€), of which $243 M (216 M€) corresponds to Abengoa over the next 3 years,according to the Sevilla-based firm´s communication to the regulator (CNMV).

Specifically, Abengoa has received the order to begin work on constructing the desalination plant, as part of a consortium with Sepco III.

The project will also be the first large scale desalination in the UAE which combines the production of drinking water with the generation of clean energy, thanks to the installation of a solar power plant of more than 40 MW. In this way, the energy demands of the desalination plant will be significantly reduced.

The scope of the project includes the capture of sea water, pumps, pre-treatment, pumping station, storage of the water produced, effluent treatment, discharge through outlet and solar power plant, as well as the associated electrical installations that amount to the construction of an electrical substation of 132/34.5 kV.

This project, located on the coast of the Persian Gulf, forms part of the UAE Government´s development plan to promote private participation in the development of the country´s infrastructure. The desalination plant will have the capacity to supply approximately four a half million people.

The group chaired by Gonzalo Urquijo has consolidated itself with this project as one of the leading companies in the desalination sector at a global level, with an installed capacity of 1.5 million cubic metres per day, which will increase to 3.7 million when its current projects are completed.