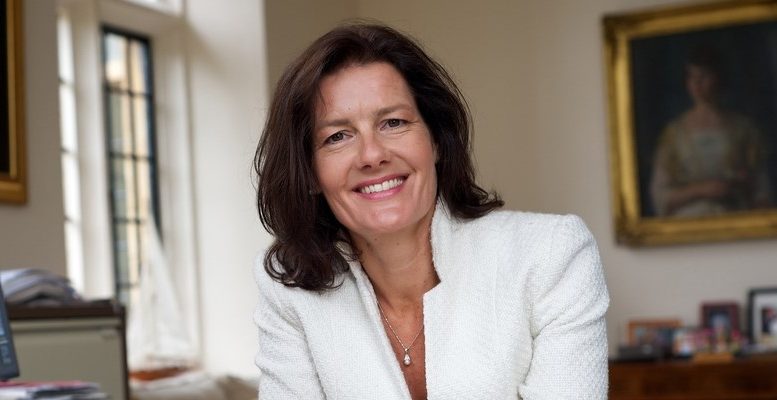 Pablo Pardo (Washington) | One of the things the Anglo-Saxons have and from which we should learn is their patronage. In 2010, the multimillionaire Leonard Blavatnik donated £75 M (87.5 M€) to Oxford University as the basis for creating the Blatavnik School of Government, specialising, as its name indicates, in Political Sciences with a special focus on international relations.

The rector of the Blatavnik School of Government has a curriculum almost as global as its founder. Ngaire Woods was born in New Zealand, studied in Oxford and taught at Harvard before returning to her alma mater to direct the school. Woods is one of the people closest to Robert Keohane, of Princeton University, one of the most influential international relations theorists in the world. Woods, whose doctoral thesis was on European monetary union, has specialised in global governance and the role of multilateral institutions, two questions which have been the centre of debate following the victory of Donald Trump and Brexit.

Commercial tensions, the stagnation of European integration and the return of nationalism – especially in the US, the country which until now symbolised multilateralism – raises the question of whether globalisation is coming to an end.

No, globalisation is not ending, but is being transformed into something else. The truth is that, even though the word “globalisation” is much used, it has never been clear what it meant, beyond the free trade promoted by the US since the Second World War.

What will this new kind of globalisation be like?

Very different. The globalisation which is being promoted will by much controlled by bilateral agreements between governments. I don´t like saying it will be a globalisation sustained by empires, but to a certain extent that is the best way to sum it up. This doesn´t mean that the multilateral system is going to disappear, but that other initiatives are going to emerge outside it. The best example of this is China, with is using both paths. On one hand, it uses the multilateral system to expand its presence in the world. On the other hand, it is developing its own bilateral agreements with other governments.

Are you referring to the growing investment in Africa and Asia and the major infrastructure projects like the Silk Road?

China is moving from one economic relationship with the rest of the world based on exports to another centred more on infrastructure and investment than on exports, to the extent that the centre of its economy changes from external sales to internal demand. In reality this began in 2005, when Beijing began to offer packages of financial aid to developing countries which included infrastructure, trade, direct investment and concessionary credits (in other words on more favourable terms than the market). It’s a strategy in which China plays with a certain advantage, because its system is centralised, and with fewer transaction costs than when the west tries to do the same. The Chinese do not have a bureaucracy divided into organs – the IMF and World Bank – which also insist on compliance with a series of environmental, labour and anticorruption criteria when authorising projects. Chinese financial support has become an element of stability for “frontier markets” because it serves as a cushion in case rising interest rates in developed countries drives capital flight in pursuit of better returns. In this sense, access to Chinese credit is a stabilising factor for certain countries in Africa.

Are we moving towards a world divided into various markets segmented geographically? It is something that already seems to be happening in the Internet, where the US and the EU are diverging over privacy, and China is going its own way with complete state control of the net. In regulation and the norms for defending competition, the differences between the different economic blocs are ever greater.

They differ, yes, but essentially only in one thing: the control of the government, or of the state, over determined aspects of economic activity. But, although it appears the contrary, it is easier for a country to separate its technological market from the rest of the world than its financial market, because the latter is more interconnected. Nobody wants to repeat what happened in 2008, when the US had to nationalise AIG (the largest insurer in the country) because of its activities in Europe. The Africans know better than anybody, because they have no capacity to supervise foreign banks which operate in their markets, and they discovered how these entities on which their access to credit depends got into serious difficulties overnight. The western regulators had not realised it, and the Africans had no access to information on the financial status of these entities because they did not have the technical capacity to analyse them.

No. The global financial system has been “deglobalizing” for a decade and what China wants, in fact, is a common regulatory system for the whole world, because it wants to compete with Europe and the US and this also means having a greater say on the regulatory aspect and a more solid presence in the IMF.

In fact, western banks have played an active role in this “deglobalisation” because, in 2008, with the Lehman Brothers crisis, European and US banks stopped operating in many African countries, and European banks also reduced the activities of their subsidiaries in EU countries outside their home countries. So the debate on globalisation’s rules of the game have different interpretations according to where you opine from.

What for a western analyst is breaking these rules, for another analysts from emerging markets is just adapting the system to new realities?

Exactly. And it is not just a question of China. Frontier markets have been ever more integrating themselves into the global economy, and have been growing. This means more business opportunities, but also the existence of more countries that want to have a voice in global regulatory issues. An example: we are now beginning to see the first African banks which want a role in the global financial system. And these banks want regulations adapted to them.

But, apart from the arrival of emerging markets raising challenges for the international system, is it not true that industrialised countries seem to have lost interest in global political and economic integration. The best example it the EU and the euro, which you have been very critical about.

The citizens of the countries with the euro are not clamouring for greater integration in the EU. And this directly affects the Eurozone, because it makes fiscal and banking union little less than impossible. In addition, Germany does not want this union because it would force it to cede control over its own financial system. And, without fiscal and banking union, the EU will need significant regulation of the Eurozone, which will include much stricter banking regulation and, even with that, transfers from northern countries to crisis countries.

On the contrary. What I have said means that the European project is going to be in a fairly unstable balance, but not necessarily that it is going to fail. In fact, the economic integration of the EU is difficult to replace. This is something that the British Eurosceptics do not realise: even if the UK leaves the EU, and I think this is the most likely outcome, the links which unite this country with the Union are too tight. A Great Britain outside the EU will continue to have a special economic relationship with the rest of Europe.