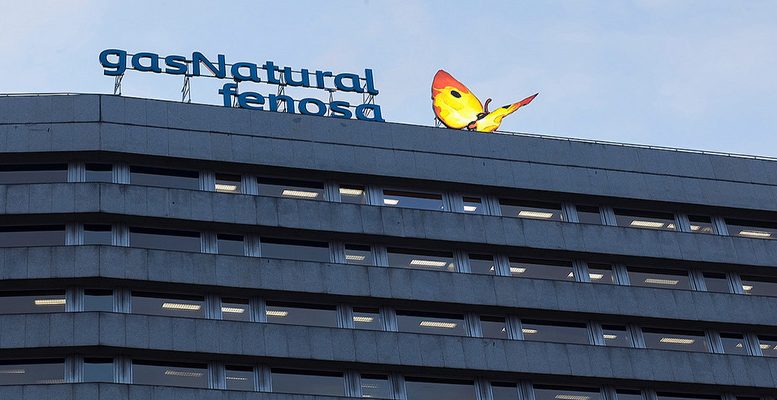 Gas Natural’s shares have been volatile in the last few months due to results which were worse than analysts’ consensus, coupled with a strategic plan which disappointed the market. But the stock price has recovered in the last two months and has outperformed the Ibex 35 index by 7.6% so far this year.

But the forecasts provided by the management during the first half results’ presentation added visibility, after the cautious message relayed with the Strategic Plan. We believe that there is a high probability that the company will beat its forecasts. Its trading ratios are also attractive: PER 17e of 13.2x and EV/EBITDA 17e of 7.45x, below those of its peers (15.2x and 9.4x for the sector in Spain). Gas Natural offers a healthier financial situation, a similar growth profile and a more regulated business, which in our view makes it an interesting investment opportunity in the medium-long term.

Gas Natural Fenosa is the leading integrated gas and electricity company in Spain and Latin America, and one of the top ten utilities in Europe. It is present in over 30 countries and has more than 23 million clients. With the acquisition of Unión Fenosa in 2008, the third largest electricity company in the market, Gas Natural fulfilled its goal of integrating its gas and electricity business in one company able to compete efficiently in markets where integration, globalisation and competition is on the rise.

Caixabank is Gas Natural’s largest shareholder with 34.4%, followed by Repsol with 30%. Algeria’s Sonatrach owns 3.85%, while the remaining 31.75% is free-float.

Coinciding with the presentation of its Q1’16 results in May, Gas Natural revealed the main elements of its Strategic Plan 2016-2018. In general terms, analysts were disappointed with this, considering that it is too conservative. The company is predicting hardly any EBITDA growth in the coming years (CAGR 2016-2018 of 0.6%).

The Strategic Plan is based on three main pillars, which are the trends defining the energy sector:

The Strategic Plan envisages capex of €14 billion in 2016-2020, which implies an increasing level of investment ((€2.7 billion/year compared with the former € 1.4 billion average). Of the total investment, 80% will be earmarked for regulated or contracted activities.

Despite the fact the company is predicting weak operating growth in the next two years, debt will remain stable at levels of 3x DN/EBITDA in 2016-2018 and will drop to levels of 2.5x in 2020e. Cash flow generation (€20 billion in 2016-2020) will support the dividend payment (estimated at €7 billion in 2016-2020) and the capex requirements (approximately €13 billion), without the need to increase debt. As far as the dividend policy is concerned, the pay-out will increase to 70% (67% in 2015), with a mínimum dividend of 1 euro per share, which was paid against 2015 results. At current prices, this is a dividend yield of 5.5%.

Gas Natural had net debt of €15.6 billion at end-2015, implying a DN/EBITDA level of 3x, which is very attractive compared to the average of companies in the sector. Particularly taking into account levels of a few years ago (6x post the acquisition of Unión Fenosa). Positive cash flow has allowed the company to reduce its debt levels without recourse to any extraordinary measures (asset sales…), as well as finance its dividend policy and maintain investment earmarked for growing its business. Gas Natural’s strict financial discipline will allow it to cut its gearing ratio to 2.5x DN/EBITDA in 2020e (3x in 2015) and 3.2x adjusted DN/EBITDA in 2020e (3.6x in 2015). The company’s debt maturities calendar is comfortable, with only 16% of debt maturing before 2017. It also has enough liquidity to meet over 24 months of its financial requirements, with over €7.5 billion in credit lines and loans with the EIB which mature after 2016.

The financial goals included in the Strategic Plan envisage a stable and predictable cost of debt in the long-term, with a targeted average cost of 4.3% in 2020e, maintaining a minimum of 70% of debt at fixed cost. With an average maturity of €2.5-3.0 billion a year.