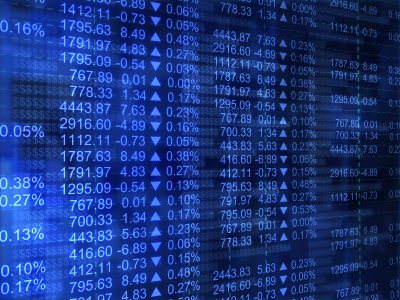 LONDON | The majority of asset managers working on the European markets agree that there are opportunities to invest despite fragility of the single currency. The UK’s Association of Investment Companies (AIC) published this week the results after having polled Europe managers to gauge opinion on what may be in store for the region. Whilst managers expect pain in the short-term, and do not see miracles happening overnight, over the longer-term they are positive.

The reason for AIC to survey managers’ attitudes was that the political landscape of the euro zone is set for further change, with elections in France underway and Greece going to the polls on 6 May.

“This date will also bring a second-round contest between the incumbent French President, Sarkozy, and his main opponent Hollande, whilst Greek elections on the same day could create uncertainty around the Mediterranean country’s fiscal policy and its ability to honour recent debt deals.”

Investor sentiment has been rocked by several consecutive years of volatile economic conditions and concerns over the stability of the euro zone. The Europe sector would be, according to AIC, currently trading on a wider than average discount of -10.93%, compared to 9.5% for the average investment company.

The Europe sector discount has more than doubled from five years ago when it traded at -5.13%. But what do managers believe the investment outlook is for the next five year period? These are some of the views in the association’s release.

“We think that much depends on continued growth outside Europe, which could allow euro zone countries the respite to work through their problems. Masked within the general term ‘austerity’ are efforts to improve competitiveness by reducing labour market regulation, enforcing budgetary discipline by embedding it within national constitutions, and forcing banks to reduce their leverage and improve the flow of credit to the local economy. This will be tested, however, by elections in Greece and France and by the Irish referendum on the Fiscal Compact, where we will be able to gauge the public appetite for further reforms.”

“The world has favoured developing over developed economies for some time now but investors forget GDP growth does not correlate with stock market growth. There are bargains to be found in developed markets, especially Europe. The short-term is likely to see yet more volatility, scares, panic, plunges and rallies as the euro zone crisis deepens. Therein lies the long-term opportunity.

“We are struck by the premium investors are now paying for ‘certainty’ (bonds) while they flee from volatility (equities). The next two years are likely to offer a fabulous entry point in Europe. It will require bravery to optimise that opportunity.”

“Prospects for domestic Europe have, if anything, deteriorated this year, as austerity bites in the periphery and this slowdown pulls down the euro zone members who are not affected by concerns over sovereign debt. More broadly, though, global growth appears to be improving, and this is very good news for European corporates, which generate around half of their revenues outside Europe.”

“Outside of the individual sector outlooks, overall we feel there is a case to be made for investing in western equities and Europe at this time.  We do not think the shift to bull conditions will necessarily happen tomorrow, next month or even later this year but we are entering the final stages of a long bear market. That stage can of course be drawn out and will inevitably involve much volatility. Thus, we may not have seen the lows…However, at 12 years, this bear market is long in the tooth and the catalysts for change are happening.  You need bad macro news and a recession before we can enter a bull phase once again and we now have both.”

But what are the chances that the single currency survives intact? None, unless the common currency States implement further economic policy and institutional integration.

“In its current state my guess is no. Ultimately it will come down to Germany. If the periphery (which risks sucking in France) continues to undergo force-fed German medicine then we are likely to see a revolt of some sort. We are seeing signs of this even with the breaking of the Dutch government. If Germany wants to retain the euro, Germany will have to pay. That would likely mean some form of Eurobond. This is precisely what the market will push for in the coming months.”

“The chances of a single country exiting the euro have certainly risen in the last 12 months; however we have always been firm in our belief that if those within the euro zone want the currency union to survive intact, they have the wherewithal to ensure that it does. If there is any sign of a weakening in their resolve, then we can start to worry.”