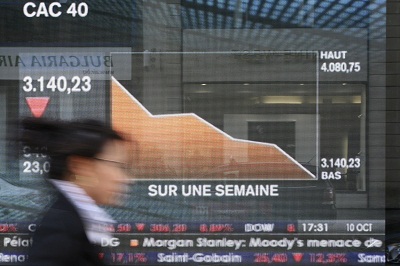 By CaixaBank research team, in Barcelona | The worsening climate in peripheral Europe has affected the corporate bond markets. Whereas, during the previous months, this market stood out for its remarkable ability to resist the adversities of the euro area crisis (from the point of view of issuances and the extent of capital flows), in May investor mood and the issuance of corporate bonds had been fully infected. In addition, over the last few weeks this sentiment has been furthered by the widespread deterioration in macroeconomic expectations at a global level.

Logically, these factors have different repercussions on bonds depending on the geographical area and sector. Specifically, the sector most severely affected by the current situation is banking. The outcome of the credit problems resulting from the European crisis, the tougher regulations for the sector and consequent deleveraging of institutions is being reflected in a slowdown in issuances of these bonds at a global level. In the first four months of the year, the total volume of these issuances was the lowest since 2005.

In the case of the euro area, this process intensified after the two three-year liquidity auctions by the European Central Bank. Many European institutions have managed to cover a large proportion of their funding requirements for this year, thereby reducing their dependence on covered bonds. Part of these effects has also been passed on to the US market. The recent downgrade in credit quality for banks on the periphery of the euro area (Spain and Italy) has led to more expensive risk premia in the negotiation with European banks.

The bonds of non-financial firms in Europe have also deteriorated significantly, affected by the worsening macroeconomic conditions in the region and greater risk aversion. Performance has not been so negative in the United States, at least in the investment degree segment. This is partly due to the boost from US sovereign debt which, as has already been mentioned, has acted as a safe haven, a role that is also being played, to some extent, by large US companies with healthy balance sheets.