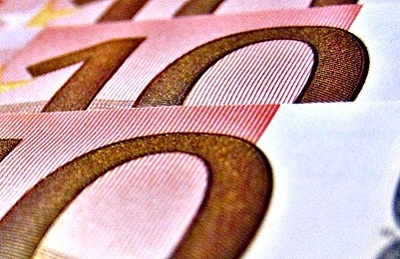 While waiting for the changes the European rescue fund needs to introduce in order to recapitalise the banking sector directly, especially the Spanish one, JP Morgan’s global equity department has made an interesting answer-question list with the main doubts that everybody could have concerning this instrument. The starting point could be the role of the European Financial Stability Facility /European Stability Mechanism until the last European Summit.

Up to that moment, the mechanism gave loans and credit lines, bought bonds in the primary and secondary markets, lent money to recapitalise banks via sovereign debt. The country needing the financial aid had to make an official requirement to the Eurogroup, then negotiate the conditions with the European Commission, the European Central Bank and the International Monetary Fund, and finally sign a Memorandum of Understanding (MoU). The remaining questions and answers explain the modifications afterwards and further changes to be expected in the near future.

A: Which aspects of EFSF/ESM changed after the June 28-29 European Summit?

Q: The most important is that the ESM will be able to inject capital directly into the banks, after the creation of a common banking supervisor. Loans to the Spanish banks will be given first to the EFSF, and afterwards they will be transferred to the ESM with senior bank facility nature, according to the established process of conditions, negotiations and MoU execution.

Furthermore, the promise of revising the Irish rescue programme as well as the possibility that the International Monetary Fund does not need to approve some other bond purchasing package.

Q:  Must changes over the ESM be approved in all the national parliaments?

A: Many of the euro zone countries must, including Germany. Opposite to the initial European Commission statements, Germany’s, Finland’s, The Netherlands’ and other national parliaments will probably have to approve affairs such as the common banking supervision or the financial direct injection.

Q: Added to these parliament approvals, are there any other obstacles to prevent the ESM from recapitalising banks? How long will it reasonably take to reach this?

A: Details will not be known probably until the end of 2013: the part of the capital which is injected (equity, senior subordinated and convertible bonds), the new rules for the intervened banks, the requirements in order to receive the capital directly from the ESM, the extent of retroactivity that could be applied, or the losses that the private sector will have to assume. In JP Morgan’s opinion, all of these aspects will take place at the end of 2013 rather at the end of present year.

Q: Considering the obstacles, will Spain and Ireland benefit from banking recapitalisation?

A: Spain will. Ireland, maybe. Firstly, the common banking regulation must be established. Meanwhile, the national debt will be entered as sovereign. Spain is in better position that Ireland in terms of valuation and time, but Ireland is potentially more relieved because of its GDP proportion. The level of retroactivity that Ireland will apply remains still to be seen.

Q: Will markets react positively when removing the preferential creditor condition for the recapitalisation of Spanish banks?

A: Not much, despite the ESM apparently having no preferential creditor status. In fact, it is something more explicit than implicit. It will probably depend on the course of events; for instance, if promises are met or not. In the case of the Gree’s PSI (Private Sector Involvement), the official sector did not participate in the losses in spite of having preferential creditor condition. The market will keep considering the commitments to the “official” senior sector compared to the private.

Q: If one or more countries do not agree with an aid package, is there any other alternative? The decision to assign an EFSF/ESM aid programme will need unanimity, but the ESM has a voting emergency capacity covering 85% of the total capital. This means that just Germany, France and Italy hold official veto power. Countries will try by all means to avoid the activation of this emergency mechanism, due to the political tensions that breaking the unanimity could involve.

A: When could be the ESM working?

Q: It will probably be postponed to September, mainly waiting for the German High Court decision as well as for Italy’s and Estonia’s.

Q: How will be the shift from the EFSF to the ESM managed?

A: Big programmss will be transferred to the ESM, Spain’s for instance, while the small ones may remain within the EFSF, the case of Cyprus. The money supporting the ESM will be distributed in five tranches of €16bn until reaching an overall amount of €80bn between 2013 and 2014. It is important to remember that the ESM lending capacity is limited to €500bn, while combined with the EFSF the ceiling is €700 Bn. As far as possible, funds from the EFSF will be used to support the ESM capacity. It will be needed to keep a 15% rate of capital over the ESM loan, and that is what will dictate the pace of transition.

Q: How does the EFSF financing work out?

A: The EFSF sells bonds and notes directly to final investors. It can give these for someone to discount them in the ECB, and then subscribe that bonds with the money obtained. The ESM should be able to issue great amounts thanks to its structure, having a capital of €80bn and a lending capacity of €500bn. In an emergency event, the ECB can subscribe ESM bonds.

A: The ESM leverages in the capital markets, according to the 15% rate of capital/loan. But the question is if it can increase the €500bn ceiling. The national parliaments as well as the German High Court would have to pass the possibility of removing that capacity. Currently the ESM cannot borrow the ECB as if it were a bank, nevertheless the ECB can purchase rescue fund bonds so that the ESM does not need to leverage beyond the amount it is permitted, exceeding its €500bn capacity.