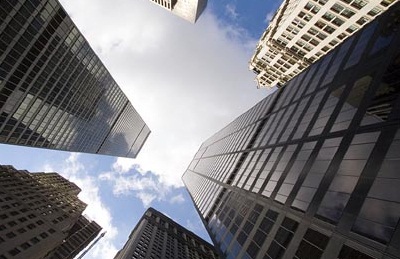 By La Caixa research team, in Barcelona | In the last months, activity in the corporate bond markets continued to speed up. During the first few sessions, the combination of the ECB’s extensive liquidity and doubts regarding Greece limited volumes in the primary and secondary markets. But the gradual improvement in the climate regarding sovereign and financial risks at a global level and the flow of good economic data boosted corporate bonds.

This new upward trend was characterised by the increase in bonds issued by companies, which are opting for financing in the market as opposed to other alternatives, and by investors looking for higher returns (prepared to take on more risk), finding an alternative in this kind of asset compared with sovereign debt and equity.

The reduction in sovereign risks has had the greatest effect on narrowing spreads between bonds in the euro area and particularly regarding the peripheral countries. This situation has encouraged European companies to issue investment degree bonds. Data such as the fact that the total number of bonds sold by non-financial companies since the start of the year double those for the same period last year, or that some solvent companies in Spain and Italy have sold their debt in North America, are proof of this market’s resurgence. Europe’s banking sector is experiencing a similar situation, although it’s true that this sector’s debt is mostly issued as covered bonds.

In the United States, whose economic and financial situation is more encouraging than the European situation, corporate bond markets are at a more advanced stage of maturity. One fundamental aspect is the spectacular rise in flows of capital towards corporate debt funds since January. In the first three months of the year the amount received by these funds has doubled compared with the first quarter of 2011.

Firms are taking full advantage of this circumstance, highly motivated by the low interest rates to finance themselves under conditions that have rarely been this favourable in history.

Emerging bond markets are also increasing considerably. The sustainability of the economic prospects for these economies, the favourable evaluation of their credit ratings and the reduction in risk at a global level are enough reason to attract international investors who are eager for yield.