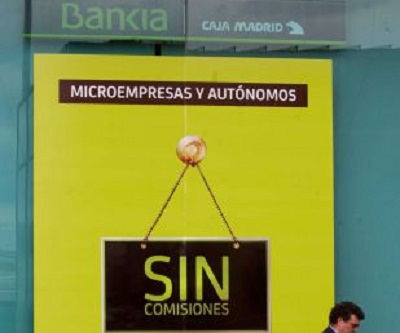 MADRID | Ever since double entry accounting was developed in Middle Age Italy, banks have been able to mask shortcomings till the very verge of their implosion. After all, in every single balance sheet, assets always match liabilities to the last penny. The figures’ real value just becomes a matter of opinion, as recent discomfitures have shown. Lehman Brothers led the way many others have followed. The turn has come now to BANKIA’s matrix company BFA.

We were acquainted only Wednesday with the lasting tug of war engaged with its auditor to clear up a control share in BANKIA, whose €12 billion book entry sharply differs with a €2 billion market value. Even allowing for some leeway, any minor adjustment simply led to bankruptcy. And yet, the Bank of Spain gave its green light to the group’s restructuring plan only a few weeks ago.

This incident proves beyond any doubt that trying to build up a nominal solid core capital amounts to a meaningless effort unless assets reflect their real value. Judged on this merit, the February financial reform appears as utterly flawed. Banks were supposed to face stringent provisioning on real estate portfolio. Yet no mandatory adjustment was imposed on valuation, thus allowing banks to bloat their balance sheets without being forced to expose their losses.

A new reform scheduled on Friday should mend this blatant shortcoming. It should involve all kind of assets. The bleak prospects ahead curtail the real value of guarantees supporting most loans. Even if commitments have being fulfilled up to now, there is no certainty that might be the case should the current depression continue to unfold. In such an adverse surrounding guarantees would met down. So you must figure out what your net value might be under this stressed scenario most likely to happen. Mark-to-market provisioning will certainly involve a horrid outlook for most banking institutions. But if normal credit conditions are to be resumed, you desperately need to implement such a principle.

The BANKIA bail-out has inflicted extensive damage to the financial system. Its crisis created a vacuum which should have being swiftly filled-in. The government reacted with a 72-hours lag, thus fuelling unprecedented uncertainty. No matter what happens on Friday it will take many months for Spanish financial institutions to refurbish their confidence-standing on the markets. Gross mishandling of the BANKIA episode will cost a lot of money.

Be the first to comment on "Lies, damned lies and BFA accounting"