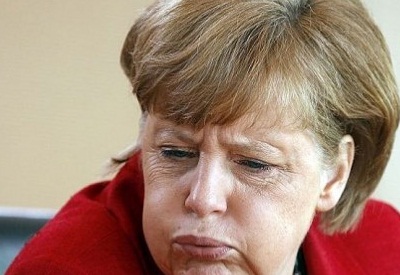 By Luis Arroyo, in Madrid | In brief, Germany would lose out in competitiveness with the rest of the world, were it to accept a monetary expansion policy. Germany is a big exports country, not just to the euro zone but to the outside, too. Check the graph as a proof. Foreign manufacturing orders from the rest of the world, in fact, are growing up quickly while demand from the euro area is on the fall.

In the past, both lines ran along without such huge spreads. But monetary expansion policies would increase costs and imports in Germany, as new euros would end up in the country because confidence its neighbours has almost vanished. In other words, there is no an all-round solution for everybody. Pain must be shared for the euro to get out of the current crisis.