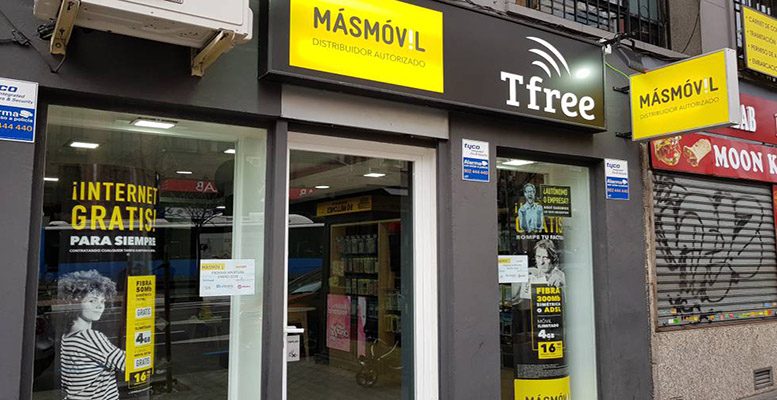 MásMóvil Group registered a positive balance of 54,400 portabilities in January

MásMóvil remains the exception in a sector marked by low growth rates and high competition. In fact, the company has begun 2020 with two positive pieces of news. On the one hand, the telecoms company is anticipating strong cash generation in 2021, which will allow it to reconsider shareholder remuneration policy. Furthermore, Meinrad Spenger (CEO) announced that the firm’s debt ratio was 3.5x end-2019, below the 3.7x target. And this year it will fall to 3.0x. At the same time, he has hinted at a possible purchase to boost growth in Spain.

On the other hand, the company has once again been the leader, in January, in terms of client portability in both fixed and mobile phone markets, also chalking up its best data in recent months. The data provided by market sources shows that the group of operators which make up the MásMóvil Group, including brands such as Yoigo or Pepephone, registered a positive balance of 54,400 portabilities.

For its part, the operator Digi Mobil said in a statement that it has recorded a positive balance in mobile portability of 42,000 customers in January, 36% higher than a year earlier. This is its best historical data, exceeding the over 41,000 lines captured in net terms in November 2019.

Amongst the other operators, Vodafone has also managed to close the first month of the year with a positive balance by adding 340 net users, according to market sources. On the other hand, however, Orange (-66.200), Telefónica (-25.400) and Euskaltel (-2.700) have registered negative balances.

Bankinter’s research team maintains its Buy recommendation, with a target price of 29.1 euros, thanks to this improvement in activity in the coming months.