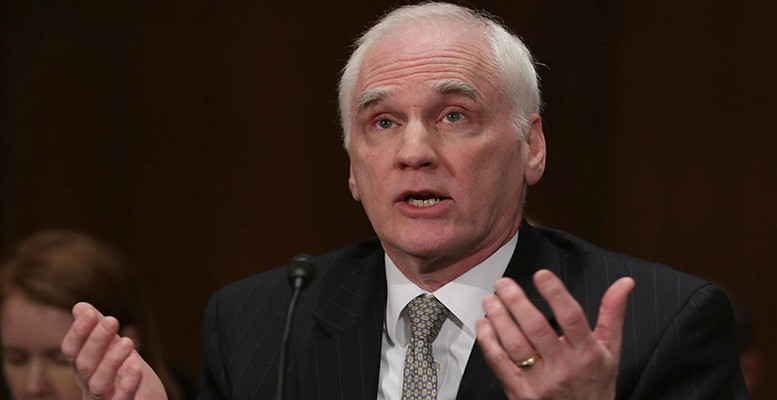 There were no press conferences, and, of course, no dot lines predicting the future evolution of interest rates. And this was as recently as 1990, a mere 25 years ago.

And, of course, the central bank had a chairman, not a chairwoman. That would have been unthinkable!

There is one more change: at the time, the Federal Reserve had limited power over banks. Today, it boasts a tremendous regulatory power that boasts today. And, inside the central bank, there is one person who rules that show: Daniel Tarullo. His is not a household name, but he is, after Yellen, probably the most influential Fed governor nowadays, even ahead of Stanley Fischer, the bank’s ‘number two’.

Tarullo is the longest-serving governor in today’s Fed. And he is very committed with his job. He has just imposed a capital surcharge that goes from 1 percent to 4.5 percent to the eight US largest banks. Yes, you read it right: additional reserves from 1 to 4.5 percent. That means US $ 200 billion dollars.

JP Morgan is by far the worst treated. Under the new rule, it will have to increase its capital ratio from 7 percent–the current rule that applies to all American big banks–to 11.5 percent. Citigroup will have to rise it by 3.5 percentage points. Lower increases will be required to Morgan Stanley, Goldman Sachs, Wells Fargo, Bank of New York Mellon, Bank of America and State Street. The decision is a clear blow to big banks, and people with knowledge of the Fed’s inner workings insist that Tarullo has fought tooth and nail to get it done.

The message is clear: America wants smaller banks. Or, as Tarullo’s boss, Fed’s chairwoman Janet Yellen put it, “in practice, this final rule will confront these firms with a choice: they must either hold substantially more capital, reducing the likelihood that they will fail, or else they must shrink their systemic footprint, reducing the harm that their failure was due to our financial system.”

So, Daniel Tarullo is the man in charge to kill the ‘too big to fail’ banks in the United States. Under his command, the Fed has moved much faster in implementing the Dodd-Frank regulations than, for instance, the SEC. This former professor at the University of Georgetown, with a clear political preference–he was an adviser to Barack Obama in the 2008 campaign–has given a new meaning to the expression “don’t fight the Fed.”

But, is Tarullo applying a fair yardstick in his fight? His new rule imposed a very significant burden on banks with assets bigger than US $250 bn, or with more than US $10 billion in foreign exposure. That is a clear measurement. What is not so clear is why JP Morgan has had to suffer the biggest surcharge.

In Cancun, at a conference on pensions organized by the London School of Economics, Banco Santander Asset Management and Novaster, the CIO of one of the largest financial institutions in the United States commented to The Corner that

“of all big banks in America, JP Morgan is by far the best managed, with better control risk and most efficient management than any of its peers. It is the opposite to Citigroup, which is like a sport’s team that has been cursed and it is incapable of winning and even its fans know it.”

However, the Fed has inflicted the biggest hit to JP Morgan, without explaining why. Whereas Janet Yellen has to explain almost all the monetary policy moves that the Fed does, Daniel Tarullo seems to live comfortably in the Federal Reserve of 1990, when the institution did not have to communicate its decisions. He applies 21st century rules following the communications policy in vogue “a long time ago, in a galaxy far, far away.”