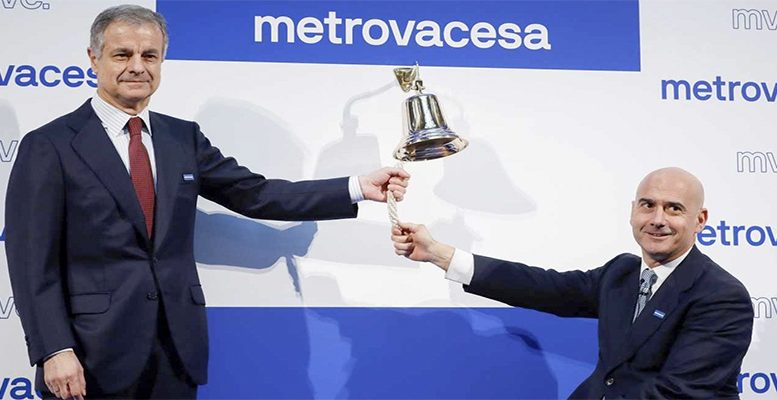 Amidst the market turbulence of the last few days, Metrovacesa  returned to the stock exchange through the back door. Between the fact that its share offer was already somewhat jinked (after it was forced to reduce the price due to a lack of investor appetite) and that yesterday’s session was dominated by fear, the property firm’s shares fell 3% on their debut.

The company has returned to the stock market after an in-depth restructuring process, after which it ended up in the hands of its creditor banks Santander and BBVA. Both banks have placed a parcel of 39,13 million shares with qualified investors, equivalent to 25.8% of Metrovacesa’s capital.

The aim of the two banks is to use this share offer to capitalise on the bet they made last year to relaunch the property company which they had to ‘rescue’ and delist in 2013, after executing the debt of its controlling partners at that time.

The fact Metrovacesa’s bubble has burst has sounded the alarm bells amongst the rest of the property companies. Officially, only Via Celere and Testa have acknowledged that they are working on their market debut for the first half of this year. Meanwhile, Haya is more discreet, but also is considering a listing before the summer. Whatsmore, the sector has already discounted that Bain will try to make a quick placement of Habitat, maybe even this year, and that Aelca at least will analyse its options.

“We believe the cycle (property) will last more than 5 years and less than 10,” the group’s CEO Jorge Pérez de Leza said during a press conference following Metrovacesa’s return to the market.

The company’s return to the stock market coincides with the centenary of its constitution. It has a portfolio of land of some 6,1 million square metres, valued at around 2.6 billion euros and with space for 37.500 homes. Without having any corporate deals in mind to gain size, the developer is hoping for a long recovery cycle.