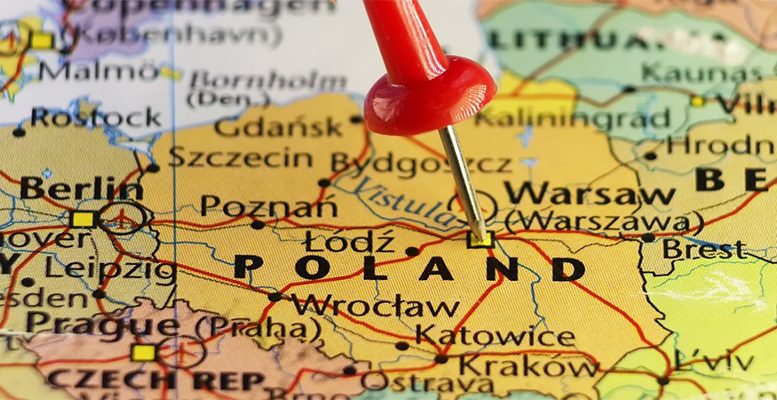 Intermoney | The relevance of the Eurozone on a global level means that the majority of the macroeconomic information being handled pivots around the countries in the region. As a result, we habitually don’t pay attention to the performance of other economies in Europe which, in the last few years, have shown vigorous growth. That’s the case of Poland, The Czech Republic or Hungary. These are the ex-Soviet Republic countries which in the long-term have shown greater development, because they had a “big bang” focus in their economic reforms in the initial stage.
The upward trend supported by the above-mentioned reforms can be seen in their Gini coefficients. For example, over the last 20 years, the standards of living in the majority of these countries have notably increased: eg the rate of motorization, in other words the number of new cars per 100 inhabitants, where countries like Poland beat others like France and the UK (546 vs 484 y 463, respectively in 2015).

Poland stands out amongst all the emerging European economies: with 25 consecutive years of accumulated positive growth which have not been seen to be affected by the crisis periods. Last year (2017), the Polish economy expanded at a rate of 4.6%, with consumption as the main growth driver (+4.7%), backed by the dynamic trend in wages (+5.6%) and the positive trend in the labour market, with the unemployment rate at 4.7%; while investment was also one of the other strong points behind the dynamic growth (+5.8%).

With its top quality workforce and competitive salaries, which have increased 54.2% from 2000, Poland has seen the way to channel the entry of direct foreign investment, allowing for its gradual reindustrialisation process, amongst other things. As a matter of fact, installed capacity was at maximum levels (82.7%) in Q1’17. This explains the enhanced competitiveness of the country’s industry if we take into account that this was 47.4% in Q1’92.

The rise in Poland’s competitiveness can be explained by the weighting of investment and consumption on GDP (which has not really changed very much with the passing of the years). In the last 20 years, the average contribution from both of them has been 21.5% and 80.2% respectively.

Work culture values are also an important variable for justifying the economic development and advancing high future growth rates. In this respect, the Czech Republic is the country which has worked the most to establish a labour market with solid foundations. Last year, it was the country with the lowest unemployment rate (2.9%) in the EU. Furthermore, only 9.7% of workers have a temporary contract compared with the 14.2% EU average. As far as education goes, the early school leaving rate in the Czech Republic is one of the lowest in Europe, at 6.6% in 2016; well below the 11.1% in the Eurozone.

In the case of Hungary, one of the interesting points justifying its growth is its attractive fiscal policy and the entry of EU investment funds. Specifically, we would flag the reduction in corporate tax. This was formerly 19% for big companies and 10% for SMEs and was cut to 9% for all companies throughout 2017. These fiscal advantages explain a good part of Hungary’s growth the same year (3.9% approx) and will do so in 2018, despite the natural moderation.

Other economies in Eastern Europe, like Romania or Bulgaria, have also grown in a dynamic way, despite the increase in the downside risks. In Romania, the reduction in VAT (from 24% to 20%) and in personal tax (from 16% to 10%), as well as plans for raising salaries seek to boost household consumption and investment. That said, the application of these measures could imply a risk in terms of pressure on prices. In Bulgaria, the government’s draft budget for 2018, approved at end-October, included measures which will support faster growth next year (3.9% in 2017), as well as a rise in the minimum wage and increased public spending.

The economic foundations of the countries reviewed will remain solid, but they are not free of risks and each one of them has to face a different casuistry in order not to put its growth at risk. In Poland’s case, there is the confrontation between the government and the European Commission over legal reforms; in the Czech Republic there is a fear that a breach may be opened up with the European community after Milos Zeman and the Civil Rights Party won the elections; the same thing in Hungary, where the prime minister Viktor Orban and his Christian Democrat Popular Party have a tense relationship with the EU. In the case of Bulgaria, the doubts about its banking sector performance and its not very solid credit practices are a a drag, which could make its economy falter, while Romania will have to deal  with the problems of political corruption.