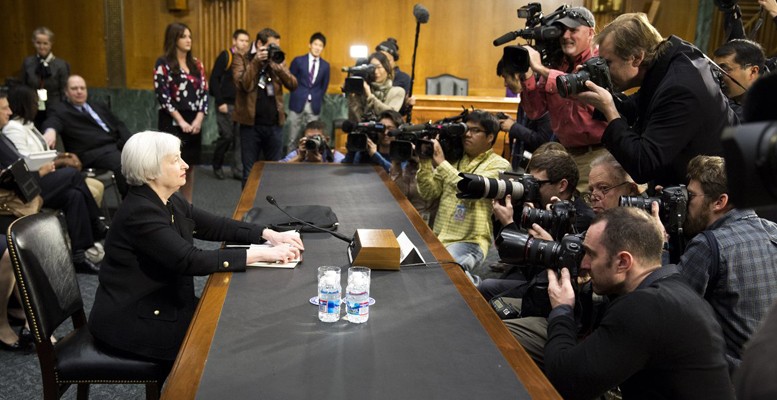 As I noted on previous occasions, waiting too long to remove accommodation would be unwise, potentially requiring the FOMC to eventually raise rates rapidly, which could risk disrupting financial markets and pushing the economy into recession.

The Fed waited more than seven years to begin the rate hiking process. Maybe she´s worried about who Trump is going to put on Board and if she´ll be on Board next year. However, trying to go faster will probably make her lose the status of “most successful fed Chairperson” ever she´s beginning to amass (1, 2):

Inflation has remained below 2% mostly.  Growth has not been dramatic, but it has been steady and higher than in most other advanced market capitalist economies.  There has not been a recession since 2009.  There have been no bubbles and no crashes.

Last week, a bunch of data got people excited:

Robust consumer spending, an uptick in factory production and firming inflation are pointing to a healthy start in 2017 for the U.S. economy and another interest-rate increase by the Federal Reserve, potentially as soon as next month.

We tried to tone down the excitement (here, here & here).

I´ll focus on growth (which has not been dramatic). Recently, the St louis Fed asked: “Why Does Economic Growth Keep Slowing Down?”. He tries to answer the question by looking at 10-year average real growth per capita beginning in 1965. That´s a bit biased. We can go back to data from the 1870s.

By doing that, we find that ten year average per capita growth in the US stayed remarkably close to 2% from 1879 to 2006.

If we look at the last 30-odd years, the 2% average stands to 2006, with very low volatility. After all, it was the “Great Moderation”. In the past ten years, however, growth has tumbled and remained low (0.5%) with almost nonexistent volatility.

The strength and suddenness of the fall cannot be attributed in any significant extent to structural factors. After all, these accumulate slowly, not shock-like.

The economy is out of the ICU, but it was never allowed to recover. As such, it progresses at a slow pace, reflecting the poor health of the patient. If Yellen doesn´t want to “waste time”, the risk to a weak patient is big