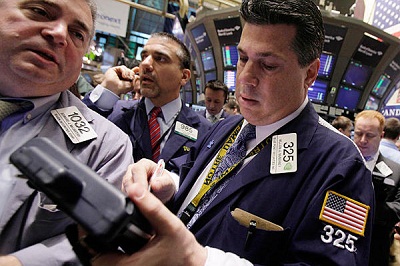 ex gf goexback.com How to win back your ex

NEW YORK | Hardly ever a small European country's parliamentary election has arisen that much attention in the U.S. Greece's vote on Sunday made the headlines in most American media, which have been following the european entangled crisis for the last months.

The White House appeared to be sighing in relief. The worst case scenario for Washington (a quick and messy Grexit) seems to have been avoided. In a statement, the Obama Administration congratulated Greece for holding an election in difficult times and called on Athens to remain in the EU.

“We hope this election will lead quickly to the formation of a new government that can make timely progress on the economic challenges facing the Greek people,” Jay Carney, President Obama's press secretary, said in a statement. “As President Obama and other world leaders have said, we believe that it is in all our interests for Greece to remain in the euro area while respecting its commitment to reform.”

The White House has been urging European leaders to ease austerity and take more aggressive action to try to restore market confidence in the euro. President Obama, who was headed to the G20 summit in Mexico on Sunday -a meeting that will be dominated by the economic turmoil and the next step for Europe-, knows that a collapse of the euro currency or a worsening of the situation that harms U.S. markets could further weaken the teetering U.S. recovery and thus compromise his reelection.

GOP candidate, Mitt Romney has repeatedly accused Obama of trying to create a “European-style entitlement society” in the United States. In an interview to CBS channel on Sunday Romney insisted that the U.S. will not bail out European countries if the eurozone economy falls apart under a spiraling debt crisis.

The euro, which was driven drown in the last weeks, gained in value against the dollar Sunday afternoon (New York time) in an early sign that results could give a temporary boost to the markets.

“It seems to be shaping up as the best possible outcome and that’s already being reflected in the U.S. futures markets and I expect we’ll see that in the markets around the world when they open later tonight,” said James Rickards, the chief operating officer at JAC Capital Advisors, to Politico.

“Markets are rallying on faith that with the activity and action of central banks, that contagion could be kept at bay,” said to Wasif Latif, vice president of equity investments at USAA Investments in San Antonio, to Market Watch.

The Greek political parties will have three days to form a government. Market reaction to this Sunday's elections will depend on how smooth that process is and how strong is the coalition formed.