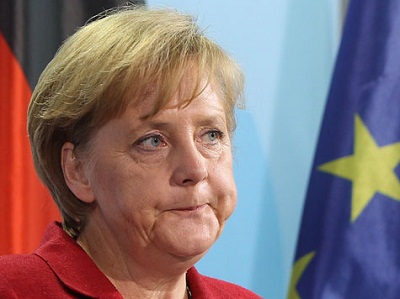 text your ex back MADRID | For the first time since the crisis unfolded, Germany is starting to cast serious doubts on the euro zone sustainability. Acting as paymaster general involves such a woeful toll as to think twice before continuing to foot a growing bill likely to snowball out of control. It is under the uneasy impression that money spent on saving others is simply burned off.

The temporary respite provided by the Greek polls results will prove a short-lived illusion, as markets soon resume their relentless erosion. Divergent performance between partners drives away any hope to hold them solidly packed together. Spain and Italy, not to mention France, have the potential to disrupt the area beyond any hope to avoid its full implosion. The prospect Germany might keep on acting as euro last resort lender is already denting its public finances resilience.

While no one questions its leading role, Berlin shows mounting bitterness at the open challenge to the policy stance it so painfully managed to stamp in Europe. Promoting a balanced budget, together with structural reforms for increasing competitiveness, is no longer depicted as the undisputable solution in shoring up the euro. This road map is rather seen as mere wishful thinking that blatantly fails to address the vicious circle of economic depression and financial instability we are facing right now. Some even blame the harsh measures imposed under German auspices for the current discomfiture.

France is leading the crusade for an alternative policy-mix. While paying lip service to budgetary rebalancing, it proposes a major overhaul for building the euro on brand new foundations. Its initial stand for growth was largely considered as an attempt to brandish a useful banner for scoring home better electoral results. Germany was ready to take on board an approach that presented its austerity drive in a more amiable wrapping, at a moderate budgetary cost.

But recent ideas being floated have caused alarm in Berlin. Monetising public debt sends shivers up the spine in a country that reluctantly handed over its national inflation-control policy on condition the ECB would mirror the Bundesbank firm stance. Rescuing ailing banks without any State backup is considered with hopeless dismay as an overt invitation to dilute discipline and pave the way for open-ended contingencies. Front-loaded Eurobonds, felt as a Trojan’s horse to mutualise liabilities, are sternly shrugged off. Germany will fiercely oppose any attempt to water down the key fiscal compact objective.

Both sides have a point. While Berlin recipe seems the most solvent one in the long run, Paris rightly emphasizes the need to resolutely address the current emergency before it is too late. Refusal to waive the rule book when the euro is crumbling risks leading to complete disaster. But Berlin this time might be willing to take that bet.