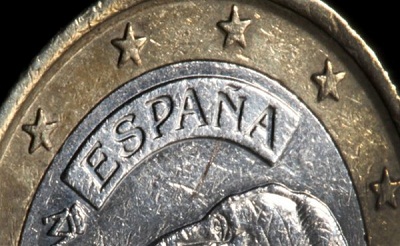 MADRID | “It is time to resort to the International Monetary Fund or the European rescue fund,” wrote in the January edition of Revista Consejeros Aristóbulo de Juan, former Bank of Spain's director general of inspection. Even Banco Santander's chairman Emilio Botín, who's always shown his antipathy to salvage competitors with his money or the taxpayers', acknowledged that the Spanish banking sector needed some €40 billion in European aid to avoid the worst. Botín said there was little doubt about it and the sooner the request was made, the better for everyone concerned.

It would have been better advised to ask for a bigger sum of cash, as Jose Ignacio Goirigolzarri did in his struggle to close Bankia's hole. In the banking industry, things that today look bad, will probably become worse tomorrow. Besides, an economy in recession can only deliver depressing news to its bankers. Indeed, the banking bailout was unavoidable, but it doesn't fix everything. Once the banking sector's health is restored, balance sheets must always support banks' solvency.

During the last weeks, the task was to escape the wreck and accept that decisions had to be taken in collaboration with our European partners. The troub

le with Bankia and other failed and soon-to-fail entities have made clear that there is no margin to impose solutions nationally and the Spanish economy is just too big to govern itself on its own. We now need to obey, faking our agreement and reframing the situation as though it were our free choice. Otherwise, the men in black, as minister Cristóbal Montoro called them, will come in to impose their will (let me note that in a speech at the Círculo de Economía in Madrid, president Mariano Rajoy supported the idea of shared sovereignty within a more integrated European Union; neither the People's Party, nor the Socialist Party have an alternative to the euro).

The question now is not only one of solvency regarding part of our financial industry, but that our economy is shrinking. Applying plasters of public funds on wounded banks doesn't improve efficiency or competitiveness, it just restarts the game from zero. We need to make this ship go further. We need to be productive, generate jobs, sale goods and services around the globe and fulfil high expectations.