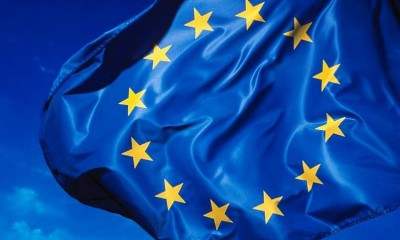 MADRID | The Dutch coalition collapse coupled with the plausible fiscal pact rebuke following the poll outcome in France has severely undermined investors’ confidence. Trust on discipline driven governance in the euro zone is crumbling. Losing in a row two key stalwart bastions of tough budgetary rules has sent shivers to the markets.

Further challenges are expected to materialise as the austerity overdose dents popular support for governments at pains to keep public finances on track. Voters refuse to undertake sacrifices when no prospect to reap future benefits is on the horizon. Europe is heading full-steam towards a new recessionary bout that threatens to impose further belt-tightening to close the deficit gap.

Warnings on the danger to get trapped in a vicious circle are becoming more pressing. But calls for a more balanced approach involving stimuli packages have not been matched by tabling concrete proposals. Moreover, they fail to impress the German government now running a scant 1% public deficit. This deadlock far from leading to a common strategy for addressing imbalances, points to growing tensions that might tear apart the policy mix stubbornly implemented up to now. With no alternative at hand, markets are getting increasingly nervous at the possibility the euro may well blow up.

Is it fundamentally wrong to pursue fiscal consolidation in the current circumstances? A positive answer to this question, even if it proved the right stance to take, leads nowhere. For short of a complete reshuffle, the euro is not at all shaped to deal with severe and prolonged downturns. That would require a run-together budgetary policy closely co-ordinated with monetary management. A most unlikely scenario, involving a complete new set of rules, not to mention the difficulty to entice surplus countries in performing expansionary policies for the sake of their troubled neighbours.

Profligacy and reluctance to take pre-emptive action to thwart imbalances has led to utter disarray in public finances and excessive leverage in many countries’ private portfolios. Fiscal consolidation to accomplish the required adjustment undoubtedly ranks among the paramount objectives. Yet, transforming it into a rigid path of yearly targets only fuels speculation on the chances not to achieve them. In good times no one pays much attention to deviations. But when depression leaves the place a shambles, betting on failure to meet the planned deficit becomes a most lucrative source of income. The more so should bets snowball turning themselves into self-fulfilling predictions.