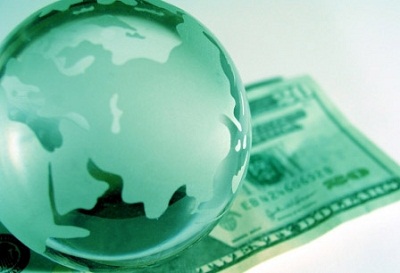 By Luis Arroyo, in Madrid | What I would like to do here is bringing a magnifying glass on to a recent lapse of time and see if the fourth euro crisis (yes, I said fourth) has somehow cooled the US economy down.

It’s possible, you know. In the US, the authorities are beginning to see signs of how the economic activity is loosing steam, such as in weekly claims for unemployment benefits, which are rising much faster than expected. As always, they seem unable to look beyond the end of their noses and do not quite understand what is going on or who to blame. The thing is that this graph links the Spanish risk premium with those US jobless claims. Some would say that it isn’t rigorous, but I’ve already proved that the potholes in the US economy since 2010 easily correspond to euro crisis episodes. Over there in the US they pull their hair, draw their models and throw them at each other, blasting fiscal consolidation, Bernanke …but have a look, please: applications for unemployment benefits have spiked precisely when the Spanish risk premium (that is, how much Spain has to pay to get credit at 10 years in comparison with Germany) has spiked, too.

Oh, obviously, I’m not suggesting that the Spanish bond determines employment rates in the US! It simply is a hypothesis that correlates expectations: the deterioration in the euro area worsened expectations over the US economy. Here, the Spanish bond acts only as a reflection of the problems in the euro area, but it is very good index right now because the trouble is focus on Spain. In any case, this straight correlation has the advantage that conspiracy theories (which I abhor) do not fit in; but, hey, so many people do…

Economics are to a great extent expectations. And expectations change rapidly. Early this year, it was believed that the US was finally going to take off. Now, there are doubts. I do not see that anything significant has changed. In our little chart, though, the effect is shown with a spectacular rise in the risk premium after the brief respite from the liquidity injected by the European Central Bank via its long-term refinancing operation. Nothing could be more logical. But we’ll see if facts confirm this or not.

In any case, this is perfectly in tune with the concerns of the International Monetary Fund, which has led the entity to raise $430 billion to help the euro, as you can read here. The author of the article says it has been a great success of for Christine Lagarde, but then notes the paradox that the euro, being the second world reserve currency, needs help from the IMF:

“Raising such a sum is a big achievement for Ms Lagarde. Yet it is also extraordinary that it should be thought necessary. The role of the IMF has always been to provide foreign currency to countries running out of curency reserves. But the euro is the second of the world’s reserve currencies. That the euro zone needs this money shows how totally dysfunctional it is.”

In any case, the sum achieved indicates the size of the preoccupation the fate of the euro means for the world.

Be the first to comment on "Can the euro mess up the US economy? Yes, it can!"