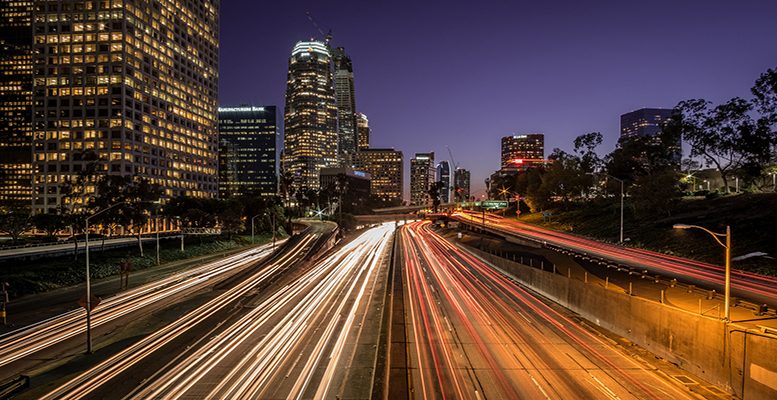 Donald Trump’s victory has given a huge boost to the stock price of infrastructure sector-related companies. The day after he was voted in as the new US president-elect, Caterpillar shares increased by 7%, while those of construction companies like Emcor and Jacobs Engineering rose 8% and 10% respectively. Something similar happened in Spain with some of our construction firms: ACS, with the biggest presence in the US, saw its shares rise 5.2%.

The reason for this euphoria is that Trump has doubled even Hillary Clinton’s investment bet on infrastructures. While the latter had announced an annual spending plan of $275 billion on motorways, railway lines, ports or airports, the president-elect is promising to invest no less than $1.3 trillion over the next 10 years.

In any event, these stocks did not stop rising during the campaign, fuelled by the promises from both candidates. At the end of the day, something was going to have to be done, whoever the winner was. The situation of the infrastructures in the US, described by Trump himself as ‘third world,’ is beginning to have a disruptive effect on the country’s economy.

A report by a local think tank states that “America is falling apart all around us” and also that “roads which were built decades ago are full of holes and are supporting ten times the number of cars for which they were designed.” One out of every nine bridges belonging to the various counties have structural deficits and many gaspipes built during the Second World War “have begun to explode.” The situation has got to such a point that many states and locations have even stopped repairing roads and bridges due to a lack of funding.

Of course this is all good news for Spanish construction companies. There is not the slightest doubt that they are going to benefit from the infrastructure investment plans, basically because they have a very significant presence in the country, which grew more quickly after the crisis. For example ACS, in conjunction with various local builders gets almost half of its annual revenues, some 38 billion euros, from North America. OHL around 20%. And about 30% of Ferrovial’s revenues is generated there in concessions. Another figure: our construction companies six most important projects in the US and Canada are worth no less than a total of 9.458 billion euros.

Ferrovial, after ACS, is the leading Spanish infrastructure company in the US thanks to  its Cintra subsidiary (for concessions) and Agroman (for construction). It is developing projects worth almost 2 billion euros there. The most ambitious is the extension of the North Tarrant Express motorway in Texas, which Cintra will operate, for an investment of 1.010 billion. It is also building a 35 kms tranche of the high-speed railine in California, running from Los Angeles to San Francisco for 323 million euros.

But this doesn’t mean that our construction firms’ participation in the US infrastructure plans is going to be a triumphant experience. These plans are facing many problems, obstacles and uncertainties. For the time being, they represent a huge increase in spending and the Republicans have always been against this as they consider that the US debt of $18 billion is already itself excessive.

It also seems they don’t like PPP projects. Basically because they mean transferring the cost of paying for the services to citizens. And they are not used to paying, particularly for motorways. Furthermore, there is not the slightest idea of how these public-private participation plans are going to be constructed. Everything is up in the air.

In fact up to now it has been very difficult to make progress with many projects due to the opposition from the States themselves and the lack of agreement between the two houses. Every attempt to improve infrastructures and build new fixtures has failed as a result. Despite the fact that Obama called on Congress to get on with the job which, he said, would strengthen the country, there was still no remedy.

Both Democrats and Republicans acknowledged that it was urgent to fix the infrastructure deficits. But they were incapable of reaching an agreement. As a result, they have not even been able to approve an increase in the gasoline tax to repair the roads, which has been around 18 cents since 1993. Here the blame has been attached to the Republicans, who have opposed the move.

Two-thirds of companies in the sector have said they are having difficulties in finding labour, which means they have had to increase salaries and improve working conditions. This situation could hamper many projects. So the Spanish construction firms will have to be very careful.