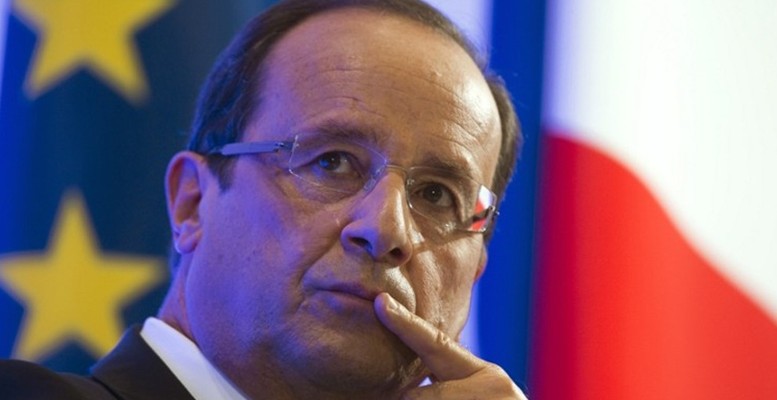 Francesco Saraceno | François Hollande will not seek reelection in May 2017. This is rather big news, even it if was all too logical given his approval ratings. But what went wrong with Hollande’s (almost) five years as a President?

Well, I believe that the answer is in a post I wrote back in 2014, Jean-Baptiste Hollande. There I wrote that the sharp turn towards supply side measures (coupled with austerity) to boost growth was doomed to failure, and that firms themselves showed, survey after survey, that the obstacles they faced came from insufficient demand and not from the renown French “rigidities” or from the tax burden. I was not alone, of course in calling this a huge mistake. Many others made the same point. Boosting supply during an aggregate demand crisis is useless, it is as simple as that. Allow me to quote the end of my post:

Does this mean that all is well in France? Of course not. The burden on French firms, and in particular the tax wedge, is a problem for their competitiveness. Finding ways to reduce it, in principle is a good thing. The problem is the sequencing and the priorities. French firms seem to agree with me that the top priority today is to restart demand, and that doing this “will create its own supply”. Otherwise, more competitive French firms in a context of stagnating aggregate demand will only be able to export. An adoption of the German model ten years late. I already said a few times that sequencing in reforms is almost as important as the type of reforms implemented.

I am sure Hollande could do better than this…

It turns out that we were right. A Policy Brief (in French) published by OFCE last September puts all the numbers together (look at table 1): Hollande did implement what he promised, and gave French firms around €20bn (around 1% of French GDP) in tax breaks. These were compensated, more than compensated actually, by the increase of the tax  burden on households (€35bn). And as this tax increase assorted of reshuffling was not accompanied by government expenditure, it logically led to a decrease of the deficit (still too slow according to the Commission; ça va sans dire!). But, my colleagues show, this also led to a shortfall of demand and of growth. A rather important one. They estimate the negative impact of public finances on growth to be almost a point of GDP per year since 2012.

Is this really surprising? Supply side measures accompanied by demand compression, in a context of already insufficient demand, led to sluggish growth and stagnating employment (it is the short side of the market baby!). And to a 4% approval rate for Jean-Baptiste Hollande.

OFCE happens to have published, just yesterday, a report on public investment in which we of join the herd of those pleading for increased public investment in Europe, and in particular in France. Among other things, we estimate that a public investment push of 1% of GDP, would have a positive impact on French growth and would create around 200,000 jobs (it is long and it is in French, so let me help you: go look at page 72).  Had it been done in 2014 (or earlier) instead of putting the scarce resources available in tax reductions, things would be very different today, and probably M. Hollande yesterday would have announced his bid for a second mandate.

In a sentence we don’t need to look too far, to understand what went wrong.

Two more remarks: first, we have now mounting evidence of what we could already expect in 2009 based on common sense. Potential growth is not independent of current economic conditions. Past and current failure to aggressively tackle the shortage of demand that has been plaguing the French – and European – economy, hampers its capacity to grow in the long run. The mismanagement of the crisis is condemning us to a state of semi-permanent sluggish growth, that will keep breeding demagogues of all sorts. The European elites do not seem to have fully grasped the danger.

Second, France is not the only large eurozone country that has taken the path of supply side measures to pull the economy out of a demand-driven slump. The failure of the Italian Jobs Act in restarting employment growth and investment can be traced to the very same bad diagnosis that led to Hollande’s failure. Hollande will be gone. Are those who stay, and those who will follow, going to change course?