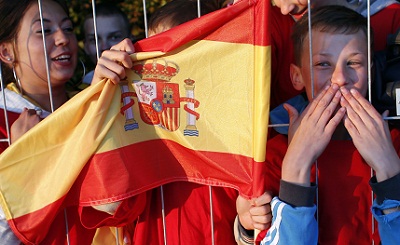 MADRID | The cost excess the Spanish government pays for credit from the capital markets in comparison with Germany, which is considered the benchmark in confidence matters in the sovereign bond sector, has fallen since last week's euro summit. The main two reasons seem to be that the plan for financial aid for Spain to recapitalise its banks was somehow agreed by the euro authorities, and the possibility that the euro bailout funds could purchase State bonds.

But BNP Paribas on Tuesday said the Spanish risk premium should tighten further, making it easier for the country to finance by itself without external intervention. Analysts at the Fr

ench bank noted that the deficit target, which is of 3 percent per GDP for 2013, will be hard to achieve, yet it should not worry investors because public accounts are expected to be much healthier and more in line with Germany's.

BNP Paribas economists think the spread between what Spain and Germany pay for their market borrowing could be reduced by 200 basic points next year, although the government in Madrid must put in place more measures to avoid public deficit deviation.