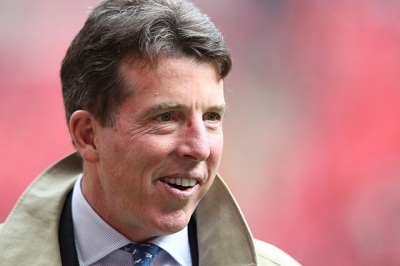 LONDON | Whether it is electoral incentives or sincere concern what compelled the UK government to call for supervision from outside the banking sector, free market advocates must have felt an acute sense of betrayal.

On Tuesday, the Chancellor of the Exchequer George Osborne no only reminded the City that the British Bankers Association members will not see a penny of the £290-million fine that has been imposed to Barclays for manipulating the London interbank lending rates, Libor (before, the monies would have gone into the pot the banks fill to subsidise the Financial Services Authorities or FSA).

Osborne hinted too at the need to provide the State with the capability of intervening.

“From now on, the multi-million pound fines paid by banks and others who break the rules will go to the benefit of the public not to other banks,” the minister said today in the House of Commons.

“Mr Speaker, that brings me to the second question of the urgent changes we need to make to the regulation of Libor to prevent this ever happening again, and to ensure that in future authorities have the appropriate powers to prosecute those who engage in market abuse and manipulation.”

Not bad for the party that was supposed to be better in tune with the British financial industry than anybody else. But the staunch protection against the European financial transaction tax, from which the Conservative-led Number 10 has bravely shielded the City, did not mean it would avoid tapping banks' balance sheets whatever the circumstances. Equally misguided seem to have been those who believed Osborne would never expand the public administration's shadow over the Square Mile.

Yet, bankers have particularly themselves to blame. Bob Diamond, who has had to resign as a Barclays CEO, will be Wednesday facing questioning by the Treasury commission. He lost the trust of the public opinion. He was seen as a liability by his colleagues in the City and Whitehall, because he has become a portrait also in continental Europe of much of what is rotten in the apparently omnipotent Anglo-Saxon finance army.

When the Chancellor promised in Westminster that

“every avenue of possible criminal investigations for individuals involved in attempted manipulation of Libor is being explored… and I welcome the Serious Fraud Office's confirmation they are actively and urgently considering the evidence to see whether criminal charges can be brought in relation to the current Fraud Act and in relation to false accounting,”

he was talking to a wider audience, beyond London and the UK. Indeed, between the British Financial Services Authorities and the US' Securities Exchange Commission, some 20 banks are currently under investigation.

In an environment so uncomfortably hostile to the financial industry everywhere, politicians and citizens alike could incur in the error of making a scapegoat out of the City and Barclays. We should simply focus on derailing the careers of those who lack appreciation of the general interest, instead.

It is understandable, though, that the case attracts so much attention. Barclays is the biggest lender to small and medium size companies in the UK, and one of the few big banks with HSBC that rejected the Treasury, and its public purse, as shareholder. It has £1.5 trillion in assets. It bears the appearance of a fat cat and, sadly enough,

has behaved like one: at least from 2005 to 2009, Barclays gave false information about the cost of the credit it borrowed from other banks. It reported lower or higher figures than they were in reality. As a result, it manipulated the Libor, which looked benign in comparison with the interbank rates in the euro zone, and affected its calculation in dollars in Wall Street.

In fact, the victims of this game-rigging range from individual mortgage buyers to global competitors, specially in Madrid, Milan and Paris. But even though the world's eyes will follow Bob Diamond's every step tomorrow, the battle will be fought domestically in London. After all, the City may have at risk more than anyone else.

CAN INVESTORS TRUST THE CITY?

“We need full disclosure of rates-fixing, how widespread it was, who was involved, and importantly how consumers have been affected; we do not want the inquiry to hold up reform, there must be no excuses, no further delay in taking action to fix our broken banking system.”

Peter Vicary-Smith, CEO at the consumer rights campaigner firm Which? released Tuesday this communicate. The insight it offers over the extent of problems to which the Barclays affair could reach sounds almost intractable.

“The public deserve an answer as soon as possible as to whether retail banking customers lost money because of the rates-rigging. Serious questions must be asked of Barclays bosses this week, and of all banks, and the regulator, if there is any hope of restoring consumer confidence in the banking industry in the future.”

The web of compensation claims hanging now above Barclays could virtually trap too many capital resources of the giant bank, like a rogue Gulliver brought down by countless but tight ropes. Did retail banking customers lose money because of Libor manipulation? What internal inquiries have been conducted to determine the extent of Libor rigging and the impact on customers? How did the myriad of loans, like mortgages linked to the Libor, suffer?

And the crisis of confidence goes further.

“Is the British Bankers Association fit for purpose? What did the BBA know about the manipulation of Libor?,” asked Vicary-Smith. “Will the Government fast-track the urgent reforms that are needed in the banking industry, including ring-fencing the retail banks from the casino banks?”

Other parts of the industry may push for justice. Adrian Coles, director general at the Building Societies Association, indicated they are

“adopting a watching brief to establish if there have been any adverse consequences to our sector.”

The Libor, as described by the British Bankers Association, is the primary benchmark for short term interest rates globally and is used as the basis for settlement of interest rate contracts on many of the world's major futures and options exchanges. It has also been used as a barometer to measure the health of financial money markets and is used in many loan agreements throughout global markets including mortgage agreements.

As the story unfolds, we are bound to witness some spectacular moves in the capital of the European financial markets. Will the still domineering class in the City of London fall or will they bet their necks to maintain their unscrupulous structures in place? And will the wave of malfeasance unfolding run across the continent, too?