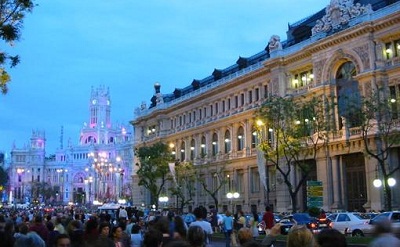 MADRID | In the sector’s consolidated income statement, the Spanish Banking association AEB reported on Wednesday a net interest income of €50.725 billion, which is an increase by almost 2% of the amount reached in 2010 and maintains profitability levels over average total assets (ATA) at 2.23%, with just a one hundredth less difference. All with an evolution of ATA by 2.7% higher than those managed in 2010.

EAB admitted, though, that the highest net revenue from commissions and income of the trading portfolio have failed to offset lower activity in foreign exchange transactions and sales of financial instruments from other portfolios. Gross margin is 0.4% lower in amount and 10 basis points down in yield over ATA (3.32%).

Operating expenses increased by 8.6%, which the association said it was partly explained by some foreign subsidiary incorporation to the scope of adjustments to consolidated groups. The efficiency ratio rose in December 2011 to 47.6%.

Spanish banking groups announced a profit of €8.295 billion, that is 41% less than a year earlier.

“These results have occurred in a context characterized by the stagnation of the economy, pressure on the financial costs and the considerable effort in sanitation which, once again, had to be done.”

In this unfavorable environment, AEB remarked that, despite the losses suffered, the Spanish banks have demonstrated their ability to generate recurring revenue in the retail commercial banking activity, which had led to achieve a stable situation in interests, dividends and commissions.

According to AEB, during fiscal 2011, the Spanish banking groups have significantly improved their solvency.

“Core capital has increased by 104 basis points and stood at 10.04%, a ratio that is already four percentage points higher than our banks had at the beginning of the crisis.”

The total balance stood at €2.328 trillion, a 3.8% (€85.870 billion), an annual rate of growth reduced from previous years. This limited progress is reflected in very moderate rates of variation in deposits and loans, that is, the asset pools that represent the typical banking activity. Deposits increase by just 1.2% (€13.072 billion), while loans grew by 2.2%.