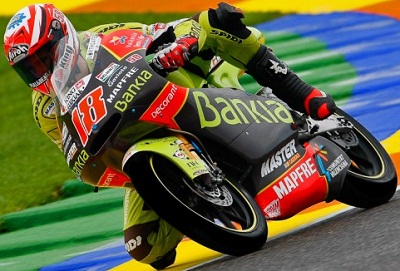 By Juan Pedro Marin Arrese, in Madrid | Big banks in Spain have entered the merger race purchasing former nationalised entities. This sudden shift from previous reluctance to get involved in rescue deals is seen by many observers as a move to fence off pressures to salvage Bankia.

According to this view, there would be great concern in financial circles over an institution that seems too big both to fail and to be saved. It stands as the odd player no one likes to have as a partner. In private, bankers recognise that should its situation turn desperate, the ensuing systemic risk would induce a devastating effect on the sector as a whole. But they simply cross their fingers hoping the neighbour will take care of such a burden.

Is Bankia so much out of shape?  Undoubtedly it faces rough times ahead its portfolio gorgeously laden with bad loans and idle real estate assets. The politically driven merger between the main saving banks in Madrid and Valencia, conservative strongholds, was aimed to shield them against any outside interference. In the midst of the massive financial restructuring the idea was hailed as a clever device to meet the demanding requirements at no apparent cost. The merger enabled both partners to surface uncommitted provisions and reserves thus building up own resources without raising fresh capital.

But this canny circumvention did little to improve their combined solvency. Cajamadrid now faces the threat of being dragged down by its partner’s dire asset holdings.

Mending past errors is out of reach. Nor can Bankia count on fellow big players to come to its relief, short of a giveaway deal. Thus, it is bound to follow course on its own betting on an unlikely reversal in its bleak performance. The current plight the Spanish economy endures does not provide much hope for that to happen. The banking industry faces a dismal outlook as recession drags on and unemployment hikes to unsustainable levels. Only those with limited domestic exposure, like Santander and BBVA, are able to overcome such adversity. Bankia heavily leans on home work.

Worse than that, it lags far behind competitors in terms of efficiency and profits. It features all the ingredients to get in trouble ruining government plans to achieve the financial set-up at no cost for taxpayers.