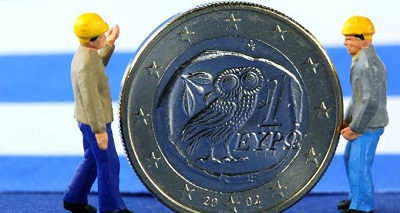 By Luis Arroyo, in Madrid | There is talk lately in the euro area about the capacity of our firewall, about what sort of volume it should reach in order to frighten the bond markets. This firewall is, of course, the European Financial Stability Facility, the current bailout fund to be replaced in 2013 by the European Stability Mechanism. German Chancellor Angela Merkel has surprised everyone by saying she is willing to raise the capital available.

The European Commission had proposed that the EFSF persists and merges with its successor, so we would have a €1-trillion bazooka (half of it set by the International Monetary Fund), which would discourage any temptation to speculate on euro breakups. But Merkel does not go that far: she favours a merger only until the date of substitution, so that in 2013 the ESM will be the one standing. However, even this flexible agreement would be difficult to sell to the German Parliament, even to some in her own party.

Merkel’s option, in any case, would be insufficient to protect a country like Spain, especially considering that part of the EFSF capital is already trapped in Greece and Ireland.

Spain has two problems: one is the budgetary adjustment, which is tricky but of which we know the dimensions. The other is the shortcomings of its banking sector, which are yet to be determined. And the government has no resources to address the second. Sooner or later, it will need external resources to support the financial system.

When His Majesty the King on Friday said employers must share the pain, I found it to be the most demagogic and silliest of gestures the King has been led to make. Suggesting to this country, where different versions of the left manipulate different sectors of our society, that employers and banks are hiding something from the rest is like giving justification to the 15-M street riots and the upcoming general strike. Since I assume that the advice came from the government, or at least it accepted it, I blame the stupidity on the cabinet.

Our companies are having a tough time, many of them forced to end up admitting defeat and closure against the crisis. Banks do not follow suit because it would spark panic. They need direction and support. The aid will not come from within, because everything inside will be used to salvage the budget. For the outside, help will be sour, ie Greece-like. The increase of the capital barrier of the ESM would provide a financial umbrella to Spain.

Another way for Spain to sort out its troubles would be achieving economic growth, but Brussels won’t let us. If we are not allowed to grow so the euro survives, the financial capacity of EFSF and ESM should be raised, but the real top end is marked by the parliaments of those countries with surplus. 99% of our problems are due to the fact that we can not grow. If we could, we would obtain financing at the expense of future resources. That is, looming debts would be effectively exchanged for longer-term debt and deleveraging would be less traumatic.

There should be a systematic compensation mechanism, but there is none. And with the Germans getting ever more tired of the situation, it looks increasingly difficult that one is set up soon enough.