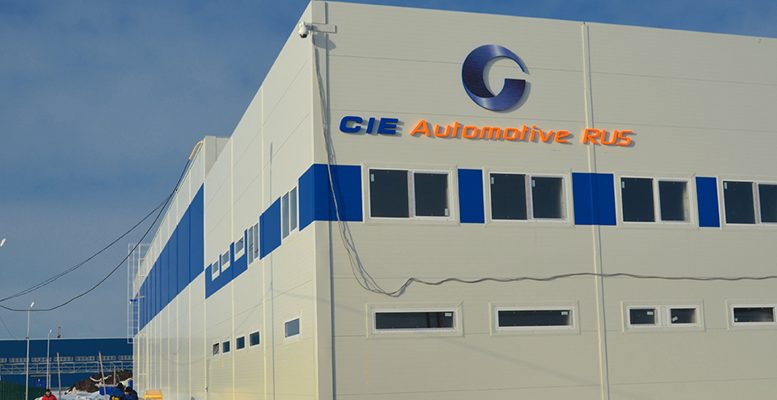 Cie Automotive, the Spanish company which specialises in producing components for the automobile sector, registered a 25.5% rise in net profit to 123 million euros in the nine months to September from a year earlier.

In the third quarter of 2016, net profit rose 38.0% to 40.5 million euros from a year ago, representing the third consecutive quarterly year-on-year rise.

Sales revenues grew 5.1% to 2.070,3 euros in the nine months to September from a year earlier, underpinned by the positive sales trend at its two business areas, Automotive (+4.1% year-on-year) and Dominion (DOM) (+9.4% year-on-year). CIE’s sales were affected by a negative exchange rate and by a 2% decline in sales prices due to the 2% fall in the price of raw materials.

Operating cash flow (EBITDA) rose 10.4% to 303,7 milion euros in January-September year-on-year. And EBITDA margin over sales stood at 14.7%, a significant improvement on the 14.0% registered in the first nine months of 2015.

Link Securities’ estimates for the full-year 2016 are as follows: revenues of 2.857,79 million euros, EBITDA margin of 395,09 million, EBIT of 263,50 million and net profit of 150,70 million. The real figures for the nine-months to September period are very much in line with our estimates for 2016, so we are maintaining these for this  year and the coming years.

Experts considers that CIE’s two businesses are peforming extremely well and the growth in margins is very positive. This has been mainly fuelled by the positive trend in the new greenfields in North America, as well as by the sustained increase in the same margins in emerging markets.

In spite, of the sharp rise in CIE’s share price since we published our last report on the company in April 2016, the upside potential remains intact according to our valuation of the company.

Whether we use the discounted cash flow method (DFC) or the relative multiples method, our valuation of CIE increases significantly. In the first instance, this is because of the decline in the Spanish market’s risk premium, which is what we use to calculate the discount rate on the company’s future cash flows. And in the second instance, it’s because of the revaluation of the shares of those companies integrated in the reference group, which now enables them to trade at higher multiples.

Thus Link Securities’ combined valuation of CIE rises to 2.599,11 million euros, equivalent to a new target price of 20,15 euros per share (previously 16,86 euros). At current prices, this valuation offers a potential upside for the shares of over 7%.