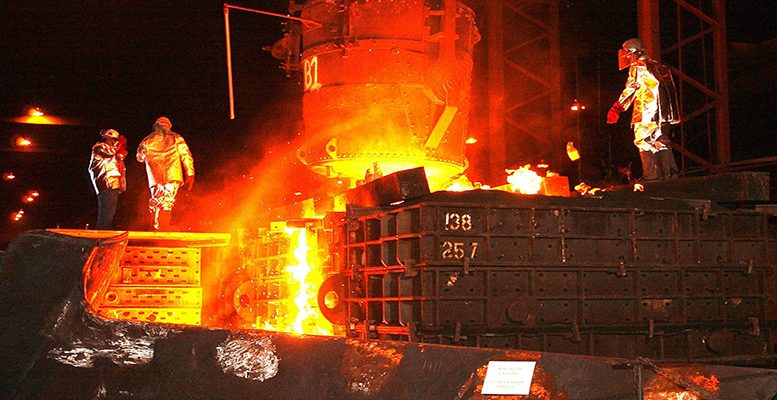 Just like big miners, European steel companies have experienced a now 3-month correction since they peaked in mid February. More accurately, according to Carax-Alphavalue’s analysts “as a combined group, they offer a 6% upside potential with somewhat more if the downside on ThyssenKrupp could be set aside”. They also add that in markets which are “verging on the expensive”, steel stocks are “good value again”. Most notably the two largest caps, ArcelorMittal and Tenaris offer significant upsides at respectively 27% and 16%.

The mood for stocks linked to a pick-up of the economy at large evaporated to a large extent last January when it became clear that the growth agenda of Trump would not be implemented at the stroke of a magic wand. Equity markets have been shifting their attention to less risky stories since but nevertheless have remained in excellent dispositions. As regards to this, experts highligh:

As the stream of Q1 earnings indeed shows that top-line growth has been picking up in emerging markets at quite a surprising pace, it may make sense to look at steel stocks again.

This is a market sentiment call not a fundamental one as the bull wave is gathering momentum so that what was trashed three months ago may be revisited. Indeed Carax-Alpahvalue explains:

From a valuation standpoint, it is as difficult to price steel stocks as it is to price say … semiconductors. All a question of timing not of substance. But steel stocks are at least offering recovery earnings potential at acceptable 2018 P/Es (see table). In addition, the perennial issue of weak balance sheets (sector combined rating at B on AlphaValue’s independent metrics) is a case of being sorted by cyclically-rising EBITDA above current expectations.

Over the last 12 months, earnings expectations have nearly doubled for both 2017 and 2018 on, declining expected sales. This may be construed as the definite possibility that if and when top-line growth picks up again on a macro push across the various regions, it will have a disproportionate impact on EPS upgrades.

Finally, the house concludes that ArcelorMittal and Tenaris are the vehicles of choice but warns that a more positive mood has yet to hit the sector.