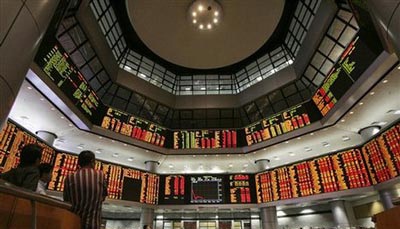 By CaixaBank research team, in Barcelona | Although the first half of the year has ended with a negative balance for most international stock markets, the latest months has been characterised by a relative improvement in indices.

The reduction in fears that Greece will leave the euro and the euro area’s assistance in recapitalising Spain’s banking system marked a turning point in the trend for investors’ appetite for risk. Although particularly important aspects have yet to be resolved in the euro area, agents have valued the efforts being made by political leaders in the fiscal and financial areas. This consideration has largely offset the negative effect of deteriorating figures for the world’s economic activity. The trend for stock market indices has varied depending on the exposure of listed companies to the effects of the European crisis. The S&P 500 managed to stabilise its trend thanks to the continued good prospects for corporate earnings and the Fed’s guarantees of liquidity. In the case of the emerging stock markets, their trends have been related to the different episodes of monetary flexibilisation within their economies and the search for safer returns on the part of foreign investors.

With regard to the euro area, June saw a net improvement in most of the indices, albeit from capitalisation levels that are still very low. The Ibex 35 rose by almost 10% since its minimum in May, something that has not prevented investors from being extremely careful. In addition to the deteriorating confidence in the capacity of Spain’s economy to meet the budget commitments imposed by the European Union were the damage caused to the balance sheets of local financial institutions (where the presence of public debt and real estate assets is very high) and the credit downgrades for Spain and a large proportion of its banks.

However, the confirmation of support for Spain’s banking system from its EU partners with a loan of up to 100 billion euros and the subsequent announcement of capitalisation requirements in the sector by external audit firms of 62 billion euros provided a breath of fresh air for the sector’s long-suffering share prices.

Be the first to comment on "Stock markets only dodged adversity"