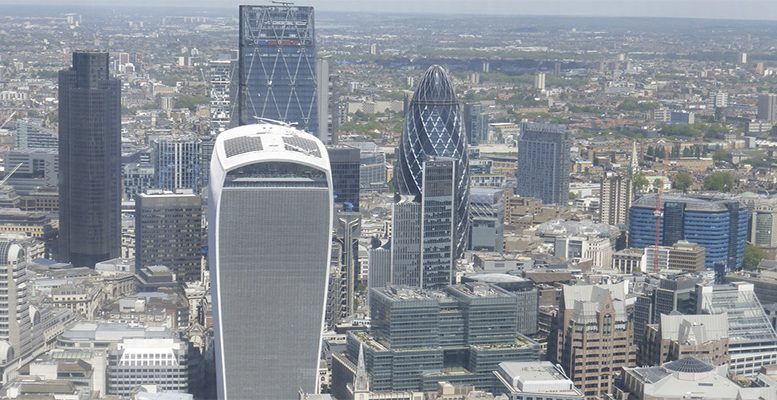 Aerial view of The City

With little more than a month to go to cross the meridian of the year, investors in European corporate debt have decided to buy more issues with greater risk.

The only consolation for those companies with some degree of speculation, and the high yield departments of the investment banks which advise them, is to observe the huge, sustainable attraction which the European leveraged financial markets hold for investors.

According to data from Moody’s, the new volumes of issuance of European Collateralized Loan Obligations (CLOs), one of the main sources of demand for leveraged loans, stand at 6.4 billion euros in the year to date. At this rate, it will exceed the annual figure for 2017 of 18.8 billion euros, which was the highest in the last 10 years.

“For many of us, it’s essential to have a foot in the leveraged loan markets,” a manager of high yield funds in London and Paris, who recently started a fund for leveraged loans, tells Consejeros. “Firstly because we have to produce profits and we have promised this to our clients. Whatsmore, it’s where the majority of the issuers are expanding their financial structures. Companies, but also corporations whose owners are private investment funds. Furthermore, volatility has returned and you need more options in your portfolio.”

In fact, the volatility and the certainty that the European Central Bank is reducing its corporate debt purchases do not intimidate buyers of risk. It makes them extend their field of vision and look for other types of risk.

For example, assignations for debt at a variable rate are increasing amongst buyers of debt with high yield ratings, another investor says.

“We are now looking for ways of covering a potential rise in short-term interest rates,” the investor adds. “But even from the point of view of obtaining better returns, leveraged loans could yield 4.7% this year, up to more than 50 points in excess of the high yield bond market.”

In the area of fixed income, the attraction of the European high yield market is also on the rise, reaching corners of the fund management universe where Europe was never considered as an option.

In fact, they were only investing in the US market,” says a fund manager in London who works for an investment house in the US. “But the European markets have grown so much that now it’s difficult to defend having an exclusive position in the US. The size of the European market will be approximately half a billion in a few years.”

Some key figures support a benign vision of how the Euroepan leveraged financial markets are evolving while they are in expansion.

The capacity of those issuers with high yield qualifications to pay their debt has substantially improved, according to Moody’s. The coverage ratios of interest have gone from one time in 2017 to over six times this year, amongst other reasons because the cost of financing in the markets has fallen to historically low margins.

On the other hand, the issuers are keeping a cool head and their average net leveraging has contracted by two points to 3.3 times.

Another very different thing are the clauses regarding protection against non-payment. The new conditions under which issuers sell risky debt definitely irritate investors, but the investors themselves are giving them the thumbs up.

But the state of the protection of value for investors has decreased significantly in Europe.

“Undoubtedly the language of the contracts has been evolving to the detriment of investors over these last two years,” says a fund manager. “It’s not that we investors have gone mad, but the clauses regarding proteccion against non-payment are still stricter in Europe than in the US. The average credit rating in Europe is at least three notches higher.”

But danger is always lying in wait. It’s worth remembering that while the European market for risky corporate debt is heating up, Lebara, the telecoms firm, is looking for a way to exchange its 350 million euros bond, the value of which has already fallen by over 40%.

Lebara’s owner, Dutch holding company Vieo, which is itself a subsidiary of the Swiss family office Palmarium, blames a financial media conspiracy for its problems.

In a note published at the beginning of May, it accused “various press reports” of being “incorrect from a factual point of view,” saying that some journalists “have been informed by those who have no interest in the Lebara Group being successful.”

The company said the “upsets” caused lead them to believe that the best option is to call a meeting in the coming months with investors who hold its bonds and reach an agreement on “conditions for an anticipated amortization” of the debt.

The real problem is that Lebara’s financial results for the last two quarters of 2017 are incomplete as they exclude the non-mobile operations which generate losses. If the company is unable to produce these figures within the 20-day grace period, it will fail to comply with the bond’s clauses. Because clauses are there for a reason.