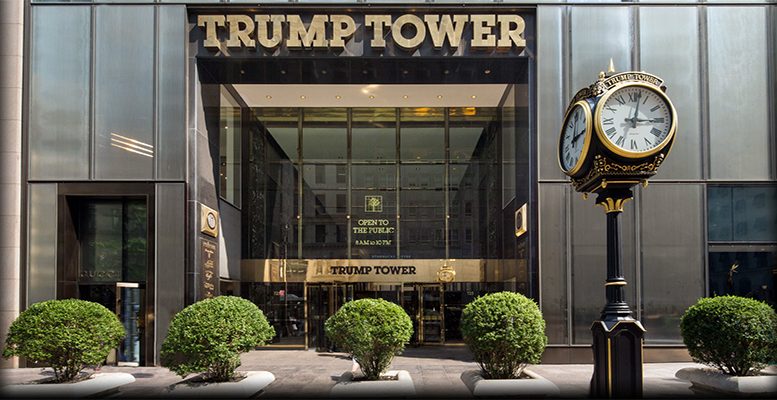 Although it is still early to have a clear idea of what the impact of the different policies of the Trump administration will have on economic sectors, and businesses, Ahorro Corporación analysts have tried to quantify the possible outcome for Spanish companies. “It will be a government with a clear conservative bias and a significant political ‘outsider’ component,” they say.

What both President Trump and Vice-President Mr Pence have said is that there will be a lot of of new legislation from the start, beginning with a review of the tax model and the health system known as “Obamacare”.

In Ahorro Corporacion’s opinion, many of the measures announced during the campaign will be difficiult to implement due to budget limitations.

We think it will be difficult for Congress to give the new administration a free hand to increase discretional spending, given the current levels of deficit and public debt. We doubt that economic growth in the short-term will allow the new government to balance accounts which imply the following: more spending on defence, more spending on infrastructure, the building of a wall between the US and Mexico, the same amount of spending on Social Security even with a reformed “Medicaid & Medicare”, all combined with less taxes for citizens and businesses. If these policies go ahead, they would definitely have an inflationary bias.”

One of the most important elements of Trump’s electoral campaign programme was focused on the recovery of the US economy, targeting GDP growth of 3.5-4%.

The main points of this policy are: 1) economic stimuli centred on an ambitious infrastructure plan, 2) fight agains the relocation of US industry via protectionist measures (tariffs on imports, reviews of trade agreements), 3) a reform of the tax system, both for individuals and companies, and 4) cut and reform any anti-growth regulations.

In general, the economic policies announced by Mr. Trump champion “strong capitalism”, where success is awarded and the reverse, which should be a good thing. On the other hand, we do not agree that the protectionist measures announced, which in our view imply increased regulation, limit competition and so the efficient assignation of resources, are positive.

* Economic protectionism: “anti-globalisation bias”. From the very start, Mr. Trump has talked about recovering USindustry, fighting against its relocation and implementing other protectionist measures. The flashpoints of his  arguments, combined with his immigration policy, are: 1) the building of a border wall between the US and Mexico,  2) the revision of trade agreements like NAFTA, the Trans-Pacific Partnership, or the one currently being negotiated with the EU. According to Trump, any kind of international trade agreement will have to: support GDP growth, reduce the trade deficit and strengthen the country’s industrial base. If these protectionist measures are implemented, they will have a negative impact on Spanish companies with a high level of exports to the country. Namely: CIE Automotive and Inditex. On the other side of the coin, some companies with a presence in the US could benefit from less competition from outside. Namely: Acerinox, ArcelorMittal, Tubos Reunidos, Viscofan and Ebro Foods. In addition, the negative influence these policies could have on certain countries’ economies and thus on their exchange rate, would be bad for Spanish companies like: BBVA and OHL, due to their exposure to Mexico.

* Economic stimuli: The new President has announced a plan to invest around $1 trillion to renew the country’s infrastructures, mainly roads and bridges. This 10-year plan would involve public-private participation, with a good part of the public funding coming from new debt issues. This policy would benefit construction companies focused on infrastructures and machinery, as well as those in the financial sector. Namely: Ferrovial, ACS, FCC, ArcelorMittal, CAF, BBVA and OHL.

* Tax reform: The new administration plans to implement a fiscal reform which will cut taxes both for workers and for companies. The aim is to cut corporation tax from the current 35% to 15%. There is also a tax amnesty (10% vs 35%) for the repatriation of the cash US companies have outside the country, as well as tax incentives for investment in installations and equipment. In the event of there being a considerable reduction in corporation tax, this would have a positive impact on listed Spanish companies with direct presence in the US. The most affected would be:  Grifols, Acerinox, Viscofan, Ebro Foods, ArcelorMittal and Iberdrola.