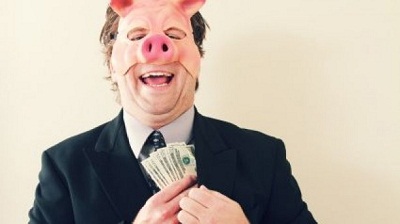 NEW YORK | When feeling overwhelmed with all the economic misery originated by a reckless Wall Street and a lax Washington, the regulator in chief, one tends to calm down thinking positively: at least we learnt the lesson. As the Chinese say, in every crisis there is also an opportunity, and maybe we improved the system.

Yet then some articles come up: one pointing to the fact that lenders are again dealing credit to risky clients (NYT), and that banks Wall Street banks are tripling their bonuses in bidding war over top brokers (The Daily Mail). As the NYT points out, financial institutions are again lending to people with low credit ratings. People that doesn’t have a job, for example, receive offers for credit cards.

How can this be possible?

In the US there is a credit history system, provided by private companies, that rates individual creditworthiness. It their scores fall bellow 660 points they are considered ‘subprime’. No credit for them? It seems there is:

“As financial institutions recover from the losses on loans made to troubled borrowers, some of the largest lenders to the less than creditworthy, including Capital One and GM Financial, are trying to woo them back, while HSBC and JPMorgan Chase are among those tiptoeing again into subprime lending.  Credit card lenders gave out 1.1 million new cards to borrowers with damaged credit in December, up 12.3 percent from the same month a year earlier, according to Equifax’s credit trends report released in March.”

Lenders say they are just reconsidering credit to ‘fallen angels’, people that used to be credit worthy but they are not anymore, temporarily, because of the mere consequences of the crisis, and they will pay back the debt.

Also, the government is not that worried to open the credit base if they comply with the anti-risk rules, says the Office of the Comptroller of the Currency.

And then we get to Wall Street bonuses. We knew that bonuses in 2011 dipped, even if by far less than earnings: The total payout to security industry workers had a 14% decline, compared to last year profit fall of around 50%, data from New York’s comptroller.

The next race to the top of bonuses is already on: the compensation

“offered by the U.S.’s biggest securities companies to recruit top brokers are reaching their loftiest levels since the financial crisis, and none of the big firms are retreating from the bidding war. The brokerage arms of banks such as Morgan Stanley, UBS AG, Wells Fargo & Co. and Bank of America are offering high-end U.S. brokers two to three times the commissions and fees they produced in the previous year, up from about one times those earnings previously,” as appeared in The Daily Mail.

It is a free market, ok, and good brokers deserve to be paid well. But we all learned that excessive compensations incite to risky behaviour and we all end up paying the tab. Didn’t we?

Be the first to comment on "Wall Street: will the real pigs go back to risky lending and excessive bonuses?"