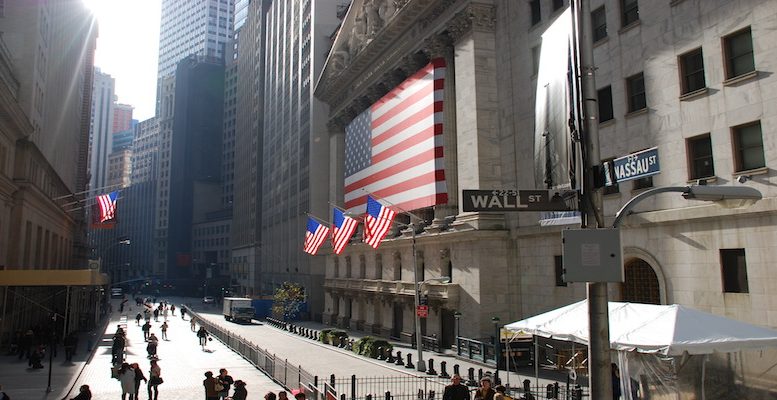 The main US stock indices (S&P 500 and the Nasdaq) are at record highs while the European bourses have lost over 10% in the year to date. And that’s despite the fact that they recovered almost all of their ‘Brexit’ losses in July.

Such a disparate performance is not because US corporate profits have been better, as you might expect, but is due to other factors associated with more solid economic growth, a healthy jobs market and inflation-related gains.

The results of the companies which make up the S&P 500 have been dropping consecutively for the last four quarters, and it’s very likely that this weak trend will continue. That said, those firms which export more could benefit from the recent dollar depreciation. Over all, corporate results in the last quarter, with declines of close to 4%, have been better than analyst consensus.

European stock markets continue to be dragged down by numerous political and economic uncertainties. The latest include fear of contagion from the difficult situation facing some European banking systems (with Italy and Portugal at the top of the list). European banks have lost a combined over 30% of their market value this year, three times that of the Eurostoxx.

The most recent data on activity and business confidence in Europe has not all been bad, although this is just supported by central banks stimulus and not by structural reforms. The flood of liquidity from the ECB has succeeded in curbing the possible negative effects of Brexit, but it could be insufficient to drive prices up strongly again.

According to the experts, the reason why investors are betting more on the US markets than the European ones is due to possible inflation-related gains and the performance of the jobs market. The unemployment rate in the US is now below 5%, while salaries are growing at 2.6%.

With these figures on the table, the market is already discounting that the Fed will implement a rate hike imminently (foreseeably in December, but it may very well be before that) and then three further increases in 2017. Meanwhile in Europe, we continue with zero interest rates and inflation expectations which are well removed from the ECB’s 2% target.