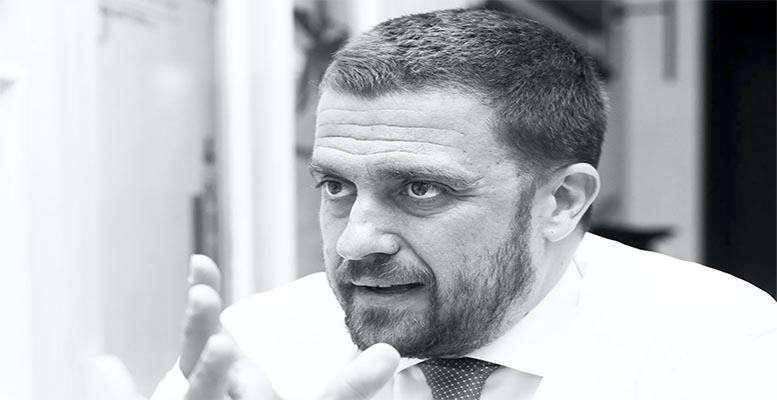 Fernando Rodríguez.- Carlos Sáez Gallego, country head of Spain at Georgeson, analyses for The Corner how the Ibex35 companies’ shareholders meetings have been evolving in 2020. He also looks at other issues regarding European investors’ regulation which has just been transposed into Spanish law.

In general and with respect to the European average or standards, what main aspects do you consider to be more revealing and revealing in the Ibex companies compared to their peers in the rest of the countries analyzed by the report Georgeson 2020 AGM Season Review?

The first aspect that I would like to highlight is that Spain is the country where the percentage of virtual meetings has been higher when compared to the rest of the countries analyzed in the Report. This is a particularly important fact; Before this pandemic, only some companies globally held their Shareholders Meetings online, however, this trend of Telematic Meetings seems to have come to stay. In Spain, the Capital Companies Law already contemplated the possibility of telematic assistance, provided that attendance at the Meeting by telematic means was provided in the Bylaws, and that the following guarantees were given; That the identity of the subjects is duly guaranteed, and that the terms, forms and modes of exercise of the shareholders’ rights provided by the administrators are described in the call to allow the orderly development of the Meeting. The possibility of telematic assistance to the Boards goes from being a fact of extraordinary necessity to a model for the future, at the moment in which the Spanish listed companies have generally begun to incorporate this route into their own internal regulations for normal use.The second aspect is that Spain is after France, the country where there have been more companies that have carried out an adjustment of their dividends. 60% of the Ibex 35 companies, a total of 21 firms, have decided to modify or cancel their shareholder remuneration as a result of the pandemic.

The remuneration of the chairman and executives, the election of directors and their independence and the powers granted to the board to increase capital are the most recurrent issues regarding the negative recommendations of the proxies on Ibex 35 companies. What are the most common specific practices that would require management improvement or fine tuning?

In terms of remuneration, institutional investors usually focus their attention on the so-called pay for performance, the disclosure of financial and non-financial metrics associated with short and long-term remuneration, their weighting, payments for termination of the contract, discretionary payments and details on the level of achievement of performance objectives. Regarding the Board of Directors, the level of independence, the composition of the committees and the profile of the directors will continue to be the workhorse for Spanish listed companies. When it comes to capital increases, dilution is the critical issue. Authorizations to increase capital without pre-emptive rights limited to 10% of capital is a standard that has become increasingly common among most foreign institutional investors. Last year, the benchmark proxy advisor for the Spanish market (ISS) changed its policy, reducing this percentage from 20% to 10%. Due to the COVID crisis, this proxy advisor has made this matter more flexible, as long as the reason for the expansion is linked to obtaining liquidity to face the pandemic.

What do you think about the recent transposition of Directive 828/2017 into Spanish regulations in terms of the depth and quality of the new features it introduces? What would you highlight and what do you miss?

We see the greatest impact in matters related to the identification of shareholders. The Transposition of the Directive establishes that intermediaries must be obliged, at the request of the company, to communicate to it the information on the identity of the shareholders. This will be done through a disclosure system through which the intermediaries will have to communicate each beneficial owner. At the moment, in Spain, as in other European countries (ie Denmark, Greece, Germany in the case of registered shares, or France) the Registry provides the company with data of 100% of the shareholders, only for the domestic segment (institutional and retailers), while for the foreign tranche the international custodians appear and this does not allow knowing who the shareholders are behind each account. Although the system proposed by the new Directive seeks to guarantee greater transparency and depth in the chain of custody of the shares, we consider that the presence of a provider and / or analysts who translate the information processed by intermediaries will continue to be necessary in order to achieve improvements in communication and involvement of shareholders. While shareholder transparency appears to be straightforward, data analysis is not. The data must be interpreted correctly to provide the correct information to the issuer.

In what way do you think this new regulation will influence the participation, functioning and efficiency of the boards in our country?