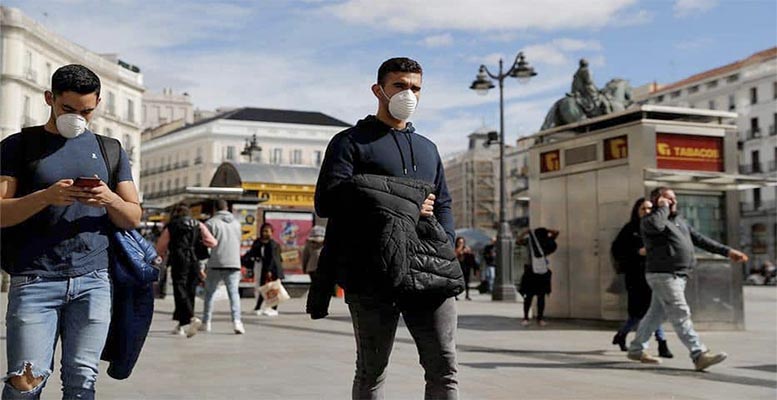 Ten municipalities in the Community of Madrid, including the capital, would have to establish perimeter boundaries

Spain’s government will restrict movement in major cities facing severe outbreaks of Covid-19, avoiding the total lockdown model the whole country experienced in March. Health Minister Salvador Illa said the measures will apply to cities with over 100,000 inhabitants, where there is an infection rate greater than 500 per 100,000 people over the next two weeks. The proposal was debated amongst all regional leaders on Wednesday. In the end, a majority agreement was reached, but the regional governments in Madrid, Galicia, Andalucia and Catalonia voted against it. The measures will come into force from Friday night.

With Madrid accounting for almost one-third of the new cases and half of the deaths in Spain, it was that city’s local authority which first reached an agreement with the central government the previous afternoon. However, when it came to giving the green light to the restrictions, in a surprising move Madrid decided not to support them. The grounds cited were the need for “a text agreed upon and based on technical parameters, not on three generic ones.”

In addition to forcing restrictions on mobility in all cities which meet the criteria mentioned above over the next fortnight, municipalities will also have to meet two other parameters: a) have a positive test rate higher than 10% and b) a 35% occupancy rate in intensive care units, to enforce stricter measures. In addition to limited mobility, restrictions will include 50% capacity in hotels and commercial establishments, as well as meetings of no more than six people.

The new anti pandemic measures have already been published in the BOE (the Official State Gazette) and will therefore be mandatory for all autonomous communities throughout Spain. Madrid has announced it would comply with the order, but also said it is considering appealing the agreement. Since there was no consensus, it believes it has no legal validity.

The Health Ministry said the agreement had been approved “with a large majority“: thirteen votes in favour, four votes against and one abstention, equivalent to 70% of the representation. So it is a collegiate decision requiring “obligatory compliance.”

According to the new criteria, 10 municipalities in the Community of Madrid, including the capital, would have to establish perimeter boundaries, amongst other limitations. The threshold could also affect other cities such as Pamplona or Ciudad Real. Meanwhile, several other regions in Spain such as La Rioja (which announced that around 43,500 residents in three towns will go under lockdown from today) are already placing more restrictions to control outbreaks.