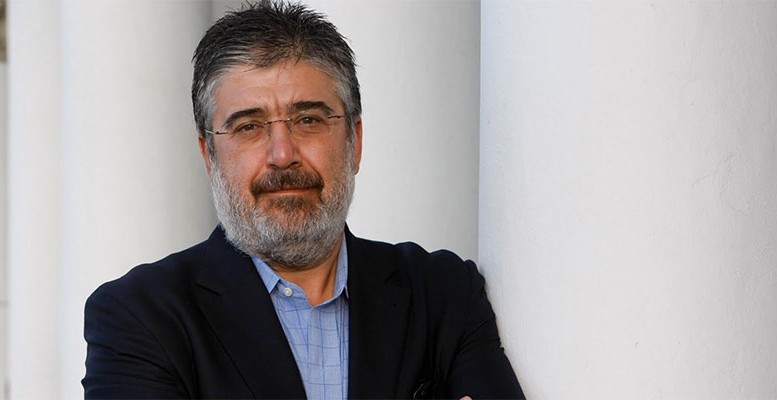 For the last four years, Jose Juan Ruiz has been chief economist at the Inter-American Development Bank (IDB), the largest multilateral development aid agency in the region, surpassing the World Bank. Despite the fact LatAm has suffered a massive shock, one of the biggest differences this time round compared to previous slowdowns is that the region has $600 billion of international reserves. Furthermore, some countries have developed strong international agreements to avoid desperate situations.

The IDB usually lends $15-20 billion (13.5-18 billion euros) to the region, although its role has been somewhat overshadowed by regional development banks and China.

Question: How will the slowdown in China, the rising rates in the US and the overall slowdown in the world economy affect Latin America? Traditionally, these factors have led to economic, financial and exchange (does he mean currency here?)  disasters in the region. Will it be different this time?

Answer: The most important thing is to see what the IDB said twenty years ago about Latin America’s problems. Twenty years ago Guillermo Calvo [IDB chief economist at that time] analyzed capital inflows in the region and acknowledged with some surprise that, although countries were very different, capital inflows were due to common exogenous reasons. So twenty years ago, Latin America was very dependent on the external cycle. Ten years ago, Alejandro Izquierdo from this same IDB Research Department, wrote a paper with Ernesto Talbi in which they basically said that about 70%-80% of the cycle in Latin America is explained by three external factors: the growth of the world economy; price growth of raw materials; and interest rates in the United States. And now, we are still considering the same question: How do external factors continue affecting Latin America?

Q: And how is that quantified in this crisis?

A: We have taken three possible risks, it’s something we have been doing practically for four years and we always say exactly the same thing: that there are three external risks to the continent which have a high cyclical impact on the region’s performance and we have quantified it…

Q: Right now there is a combination of external shocks.

A: Yes. In the US there is the shock after the rate hike. We cannot create a model as we have had ten years without any hike in the price of money, but we can, indirectly, through a shock in the financial markets. With that, projected growth in Latin America drops three-tenths of a percentage point and slowly returns to its potential growth rate of 2.7%. But there is also China, which in our model means an impact on the price of raw materials. And that means an additional fall. And we can also have the combined impact of a further decline in the world economy, the rise in interest rates and the slowdown in China. Then Latin America growth falls and basically takes until 2018 to recover.

Q: There are some countries with international agreements and even lines of credit with the IMF, but not all. Don’t they fear a currency crisis?

A: Some trust that their reserves are sufficient. Brazil, for example, has not resorted to the IMF but has $360 billion of reserves. Nor has Peru, which has the equivalent of 35% of GDP in reserves. We should not beat ourselves up. An external debt or currency crisis still seem to me to be something which is on the very distant horizon.

Q: How is it possible that Latin America has been more than two decades trying to break this dynamic of dependence on the external cycle and it has not achieved it?

A: It’s true. Twenty years of institutional development, growth, middle classes, social modernization… have not been able to change these things. Here and now, we are trapped by the vulnerability of the external cycle. And besides, this shock has been dramatic and also differentiated. Commodity prices have fallen between 25% -food- and 50% -minerals and energy-. Countries with a bigger shock from commodities are concentrated in the south of the region: Brazil, Argentina, Chile, Ecuador, Peru… And this is another reason why the answers have been different across the countries. What the history of the region tells you is that it is not only the shock which is important, but how the countries respond to it.

Q: And how successful has their ability to react been so far? What economic policy tools are being applied?

A: The first thing to consider is that, as a result of your dependence on the external cycle, there are effects on the internal balances, or imbalances. If a country gets 90% of its foreign-exchange reserves from oil, the collapse in oil prices will have an impact on their current account. That’s clear. The current account has deteriorated in almost all the countries in the region. All have a deficit and, in some cases, this is significant… But there is a second impact: if direct investment has been linked to the development of activities in the raw materials’ export sector, such investment is slowing down, which reduces the ability of countries to finance their external imbalances with something other than debt.

Q: That’s the classic outlook for Latin America. But something must have changed. For the moment, no currency has collapsed.

A: The biggest difference is that the region has $600 billion of international reserves and that some countries have developed strong international agreements to avoid desperate situations. Colombia and Mexico have flexible lines of credit with the International Monetary Fund (IMF) and this is extremely positive. There are other countries that have not done so and their situation is more complex.

Q: There are also no fixed exchange rates, as there were in the past.

A: Of course. That means that countries do not rely on an exchange rate which ends up becoming a problem of external sustainability. There have been things that have changed and they have improved. Other things have also changed on the institutional front. There are institutions such as independent central banks which have anchored inflation expectations. This has meant that the currency depreciation which has occurred in the last twelve months has not created instability in the financial system, such as massive deposit withdrawals, capital flight… so far that has not happened.