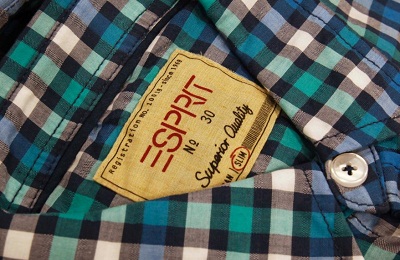 Esprit Holdings Limited on Tuesday announced the appointment of José Manuel Martínez Gutiérrez as its new group chief executive officer and executive director. Martínez will effectively be seating at his new desk by October 2012.

The language used by Esprit to inform about the move spoke of the tall hopes the retail company has deposited on Martínez’ shoulders:

“We are delighted that Mr. Martínez, a professional with a wealth of experience in global retailing, has joined Esprit as our new CEO, and the successor to Mr. Ronald Van Der Vis,” said Raymond Or, non-executive chairman of Esprit. “Mr. Martínez has a track record of outstanding leadership that will be critical to executing Esprit’s transformation plan.”

Martínez previously held various senior positions at Inditex, having most recently been group director of distribution and operations a the Spanish company, where he executed a commercial distribution model and strategy that was a key factor in delivering positive growth for the retailer over several consecutive seasons.

Prior to this role, he was the country manager for the Zara brand across Scandinavia, where he had top and bottom line accountability. Before joining Inditex, Martínez had spent eight years at McKinsey & Company, leading the firm’s retail and consumer goods practice in Spain. Paul Cheng, non-executive deputy chairman of Esprit, noted Martinez’ perf

ormance have played a decisive role in his election.

“I am confident that his energy, integrity and innovative thinking will help us to take the Esprit brand and business to a leading position with our global target customers.”

Esprit is a well-known apparel brands in the world, offering affordable fashion to a young public. Martínez will surely feel the pressure of a whole company that has place high expectations on his professional knowledge to get to the next phase. The Esprit group operates more than 1,000 directly managed retail stores worldwide and distributes its products via more than 11,000 wholesale locations internationally.

Incidentally, analysts remarked the way Esprit stock price spiked after news of the new CEO were made public.