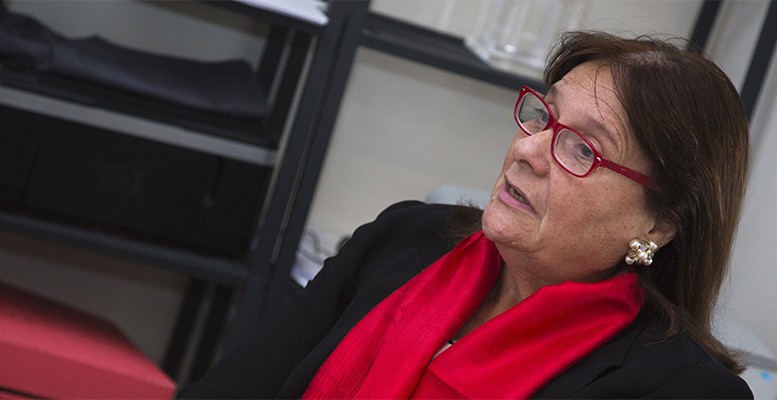 Ana María Llopis, independent director at Societe Generale explains that “the entity’s share price was at 40 euros before the crisis and now it is around 42-44 euros. So some banks have recovered. Then there are others still at low prices for particular reasons, or because they operate in China or Brazil.”

Q: Do you think that the new players emerging in the banking business will end up taking market share away from the traditional lenders?

A:  I believe that this has been happening for various years. I remember that in the first phase of Internet, people began to say that there were no frontiers and many distribution companies set up their own financial departments. And now in fact these frontiers are blurred. Technology allows you to break through investment barriers which before were very expensive and acted as a defence for your market. Now there are multiple markets, companies cross the barriers and participate in other firms’ business. Obviously the banks will have to take all this into account and decide in which direction they should go to continue to enjoy their hegemony. This is based on trust, their main asset.

Q: Google, Amazon and Facebook have begun to offer financial services such as transfers, remittances etc and some of them seem set on becoming banks. Given their dominance of technology, could these companies end up offering customers new products which the traditional banks don’t have?

A: We already know that big companies take a long time to implement innovation, mainly because they are worried about cannibilising their own products and market. And this in the end is always a bad thing, because if you don’t do it, someone else will. We’ve seen that in so many markets, such as music, the media and photography, and we will continue to see it.

Q: Why are the European banks lagging behind in the stock market? Does it mean that they have still not completely recovered from the crisis?

A:  I don’t normally give an opinion on the stock market. And as far as the banks go, each one is completely different from the other. Although they are globalised, what can weigh negatively on Santander’s share price is not necessarily the same for BBVA. Societe Generale’s share price was at 40 euros before the crisis and now it is around 42-44 euros. Some banks have recovered. Then there are others still at low prices for particular reasons, or because they operate in China or Brazil.  But I also don’t know whether all of their share prices are particularly low, we would need to look at the multiples.

Q: Do you think that the banks in general, and the sector, are in a good situation now or do still have some homework to do?

A: I think they have made a big effort to sort out their balance sheets, increase their risk reserves, come in line with Basle regulations, improve their good governance..Despite the severity of the crisis, they have been able to carry out a very important restructuring over these last few years. But in any event, I would say that the banks in Europe would do a lot better if they really started to fuel consumption by lending more and supporting industrial activity.

This would allow the banking sector to recover faster. That said, the banks are very well aware that they have to plan a new strategy for the future, find out what the sector will be like in the coming years, which of course will be very different from how it is now. For example, they won’t need so many branches. It’s clear that the banks will have to reinvent themselves.

Q: Don’t you think it is going to be more difficult for them to make money than in the past? And that the environment is getting complicated on all fronts?

A: The banks will be able to make money as long as they are creative, intelligent and innovative. They have to be able to provide their customers with value-added services which they want to pay for and say: “I will pay this commission because you are really providing me with a service.”  Deutsche Bank, for example, started a competition for ideas and one customer said she didn’t want to know her bank balance, but what financial buffer she had for the weekend, whether she could go to the Opera or have a hamburger. It’s one example, but there were a lot more. There are a lot of possibilities: maybe you could give your passwords to a bank and it would provide you with all your aggregate financial information. People would pay for this because they don’t have time to do this sort of thing. The banks have to reinvent themselves by offering new services. Technoloy allows them to do this.