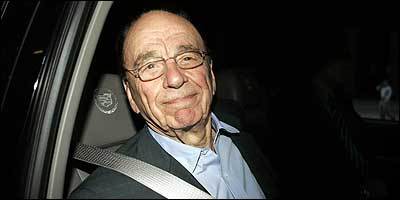 That phone-hacking case, which has already led to the end of a newspaper that every morning scored more than 2.5 million readers after nearly 170 years of history, is now spiralling. It will sooner or later destabilise the British coalition government, and its impact on the markets will replicate the US' recent misstep.

LONDON | The lesson former Crown correspondent at News of the World (NOTW) Clive Goodman has taught Rupert and James Murdoch will certainly beckon bosses around the globe to wonder before offering false promises to their staff.

The Commons culture, media and sport select committee this week revealed a letter Goodman wrote in 2007 complaining bitterly about his dismissal. “The decision is perverse,” says Goodman, “in that the actions leading to this criminal charge were carried out with the full knowledge and support of” several members of the editorial board. In the virtually explosive note, he adds that other reporters, too, “were carrying out the same illegal procedures”, in reference to deliberately accessing private phone conversations and messages from the royal family, politicians and celebrities.

“Tom Crane (former NOTW’s lawyer) and the Editor (Andy Coulson at the time) promised in many occasions that I could come back to a job at the newspaper if I did not implicate the paper or any of its staff in my mitigation plea. I did not, and I expect the paper to honour its promise to me”, Goodman reminds them. He kept silence and his word, but News International Corporation (NI Corp.), the company owner of the now defunct newspaper, forgot about it. And now, the future retirement of Rupert Murdoch, who heads the media conglomerate –the second largest one in the world by revenue– may not get brassy fanfares but nasty headlines. This could as well happen to his son, James Murdoch, in charge of NI Corp.’s British media section and responsible for the task of sorting out the trouble. That is, if it’s still possible.

For were Goodman’s message true, apart from being a classic minion’s vengeance, it would kill two birds with one stone: first, it would show Murdoch’s management is reckless (not exactly shocking coming from people capable of lying to the UK parliament); then, it would re-open the closet in which the prime minister David Cameron hides his dirty laundry, as it was him who personally defended Coulson's choice as special adviser at Downing Street in May last year (Coulson resigned in January 2011).

IT'S ALSO ABOUT POLITICS

NI Corp. has sent out a statement short enough to describe the fear from within: “We recognise the seriousness of materials disclosed to the police and Parliament and are committed to working in a constructive and open way with all the relevant authorities.”

The City, however, is already making noises. The reasons for such sensitivity are obvious: the investing community lives in an almost chronic state of distrust since 2007-08. Even the three-night grab-your-gadget/shoes/T-shirt riots that shook England startled capital inflow spirits, as Sky News' economic editor warned through a tweet indicating that retail investors began to suspect whether the coalition government’s authority would evaporate in the heat of social upheaval.

As risk ratings agency Standard & Poor’s stated when downgrading the US, the political firmness of a government’s stance does count:

“the downgrade reflects our view that the effectiveness, stability, and predictability of American policymaking and political institutions have weakened at a time of ongoing fiscal and economic challenges…we have changed our view of the difficulties in bridging the gulf between the political parties over fiscal policy, which makes us pessimistic about the capacity of Congress and the Administration to be able to leverage their agreement this week into a broader fiscal consolidation plan that stabilizes the government's debt dynamics any time soon.”

If it’s confirmed that Andy Coulson, prime minister's former communications supervisor during his election campaign and first months in office did agree with the phone-hacking method to sell more newspapers, the question is why the Liberal Democrats should jump in the quicksand after its partner at Downing Street.

The answer has been with us for a while: Liberal Democrat member of the House of Lords and former party leader Paddy Ashdown, for instance, has already told The Guardian that even him knew better: “I warned No 10 within days of the election that they would suffer terrible damage if they did not get rid of Coulson, when these things came out, as it was inevitable they would.” The soil is getting muddier.