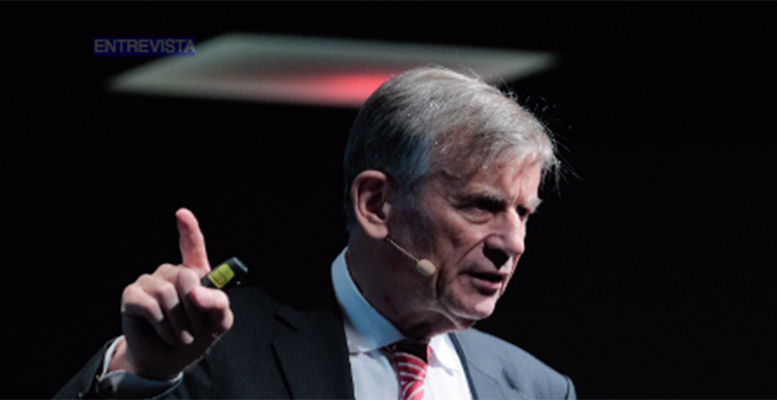 Lidia Conde (Francfort) | Herman Simon, founder of Simon-Kucher & Partners, is best known for his 30 books, translated into 26 languages. His works on pricing and price management have become classics in the academic world. According to Manager Magazin, he is the world’s foremost pricing expert.

Q: There will probably be a red-green cabinet supported by the Liberals. What do you expect from the new government “in the Chinese century”, as you call the 21st century?

A: The most important thing in economic terms is that the new government understands the historic moment of the international economy, which is changing in leaps and bounds, and that it defends Germany and Europe’s position. I believe that one of the next Chancellor’s big objectives will be to prevent Europe from suffering as a result of the dispute between the US and China. We have German companies that cannot refer to their leadership in the Chinese market in the US for fear the doors to America will be closed to them.

Q: What do you ask of the next government and what are the political and economic priorities?

A: The best thing about the election result is that the “red socks” [the red-green alliance of the Social Democrats and the Greens, which would be joined by the Left] will be out of the picture. And Christian Lindner, the head of the FDP Liberals, will be able to manage the finances. The Liberals will have a key role to play in a policy oriented towards welfare and economic growth. The wish of the economy is that the new government’s plan against climate change is realistic. The greatest political risk is that the Social Democrat Olaf Scholz, whom I do not consider a representative figure in the SPD, will lose power and strength due to internal debates. The Liberals will compensate for the red-green government’s shift to the left, and Lindner will be a lucky charm for the economy.

Q: Once in power, however, the Greens will go back to being realistic

A: Yes, Baden-Württemberg with its esteemed Green president Winfried Kretschmann is the best example. In any event, Lindner in his negotiations with the Greens (to find common ground before forming a government) will be willing to make concessions, such as speed limits on motorways. On the other hand, in the state of Rhineland-Palatinate, social democrat Malu Dreyer is governing in harmony with the Liberals and the Greens, and it is working. And Scholz in the end might have more conflicts with the different wings of his own party than with the Greens and the Liberals.

Q:When you talk about the new challenges facing Germany and Europe, what changes in the global economy are you referring to?

A: The relative de-globalisation which is happening. Since 2010 global exports have been growing at a slower rate than the world’s GDP. The situation was completely different 20 years earlier: between 1990 and 2010 exports grew twice as fast as global GDP. Of course, this does not mean the end of globalisation. What is happening now is that exports are being replaced by direct investment. This in turn means that wealth creation is being transferred to China and the US. Germany still exports more to the US (by 119 billion euros) than to China (by 96 billion euros). However, there are sectors such as the car industry where China is crucial. Volkswagen’s market share in China is 15 percent; in the US it is barely 4 percent.