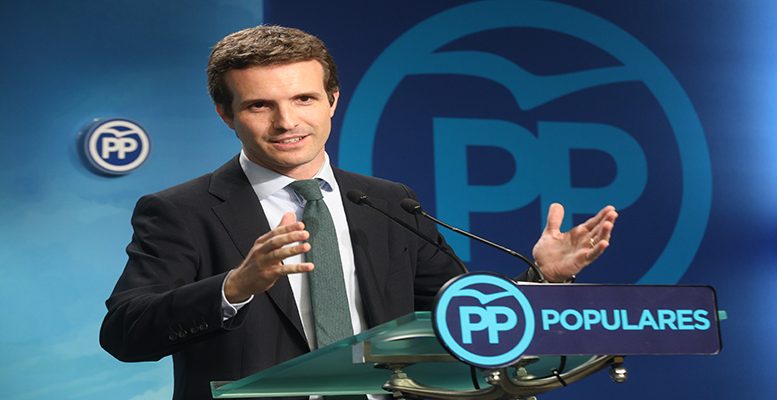 Fernando González Urbaneja | Someone must have told Pablo Casado that by being a grump he does not gain political space or win more votes. This has been noticed in the week’s control session, when Sánchez was surprised by the offer to agree on the renewal of the pending institutional bodies (except for the General Council of the Judiciary). In this way, the Socialists’ accusation that the Popular Party is unconstitutional for blocking any agreement has vanished. Both Casado’s gesture and Sánchez’s response do not signal a change in trend. However, the offer has been served up. Now Bolaños and Egea, each their respective bosses’ trusty confidants, have agreed to meet immediately to move beyond the talking stage and unblock these qualified majority decisions for which the vote of both parties is essential.

Given the dull, tedious, bitter and disappointing panorama of the current political confrontation, Casado’s offer, albeit partial, opens up a parenthesis, an opportunity. Normalising the institutions would be a positive sign for the quality of Spanish democracy, which is increasingly questioned at home and abroad.

Casado went over the top last Sunday with his criticism, making some bold statements to El Mundo where said Spain is bankrupt or doomed to bankruptcy. There were also other commments which have prompted the government to lash out at the opposition leader, accusing him of being unpatriotic. Spain is not bankrupt, although the chronic deficit and growing public debt are worrying signs for the country’s future.

At this point, and even if it means indulging in political fiction, I dare to put to the PP leader that, consistent with his sense of the end point (bankruptcy), he should propose palliative measures, urgent and effective responses. One of them could be to offer the Government an agreement on the 2022 Budgets for the recovery of a threatened and threatening economy.
Can you imagine the political earthquake that a budget pact between the two central parties could cause? The change in expectations and the sign of maturity and responsibility would be extraordinary. A return to the astonishing Spain of consensus and pact, for the construction of a European democracy.

Such a budgetary pact is not implausible; the budgetary differences between the two parties are more rhetorical than substantive; they would affect items of around plus/minus 5% of the 2022 Budget. Another issue is the structural reforms on pensions, the labour market, the tax system… Here the differences are more profound for ideological and strategic reasons.

There is a lot of inertia surrounding the State accounts. Most of the expenditure and income are committed, they are obligatory; and in discretionary matters both parties can reach an agreement as long as they try to do this with good will and emotional intelligence. The automatic consequences of such an agreement may be unsuspected, for the good; and even to both parties’ benefit and for the public’s peace of mind.

If Casado were to make such an offer, it would be difficult for Sánchez to reject it. He would have to initiate a negotiation in order not to be the one who blocks it. It’s science fiction, highly improbable, but you can’t deny that it could make for an interesting story.