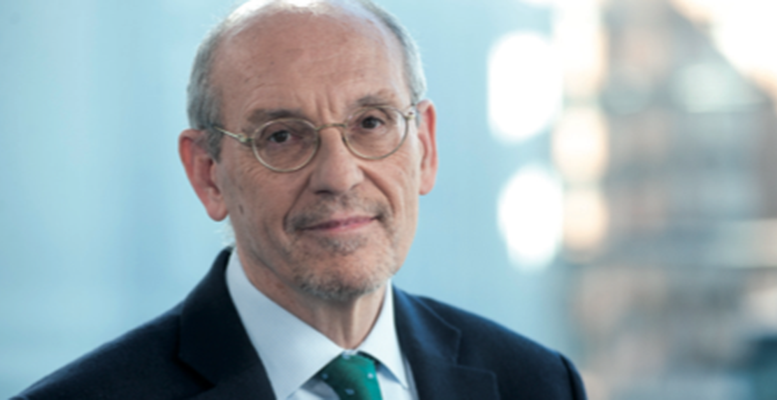 Explains Mariano Marzo, Repsol board member: “If we are going to need oil and gas, and it is clear that they will be necessary for many years to come, we must guarantee their production without demonising them. Failure to do so means tackling an ill-considered energy transition, driven more by ideology than by technology” … “The main risk of this ideological approach, which is quite widespread in many European areas, is that it has worsened security of supply… We must manage, not ignore the issue of fossil fuels.”

Q- Europe wants to decarbonise, but, in view of the current energy storm, it would be advisable to tone down the voluntarism of the 2030 commitments… What is the future of fossil fuels and until when?

A- Bertrand Russell warned that the worst thing man can do is to believe that what he wishes for is already a reality. In this sense, the dismissal, on the basis of mere aspirations, of the role that fossil fuels still have to play in the energy transition process is, in my view, a mistake. Firstly, because according to the International Energy Agency, in 2019, oil – with 30.9% – gas – with 23.2% – and coal – with 26.8% – accounted for nearly 81% of global primary energy demand. The remaining 19% was covered by “non-fossil” sources, although 17% of these were nuclear, hydroelectricity and biomass, whose future contribution will not be easy to increase. It is true that in the case of the European Union, according to Eurostat data, the percentage of fossil fuels used in 2020 in the primary energy mix was comparatively lower, at around 71%, but this is mainly due to a much lower use of coal – 12% – while the percentages of oil – 35% – and natural gas – 24% – were higher…

A- And secondly, because the IEA’s World Energy Outlook 2021, which was presented at the end of last year and which obviously did not include factors such as the invasion of Ukraine, already indicated, in the Sustainable Development Scenario of the world primary energy mix, that in 2030 oil would continue to be the most-consumed energy source, comprising 28% of the world mix, followed by natural gas, with 23%, and coal with 19%. With this data, it is clear that to successfully drive the energy transition, we must manage, not ignore, the issue of fossil fuels, both from a supply and demand perspective. Letting the traditional energy system die for lack of investment is not a recipe for a smooth transition, but for energy shortages.

Q- Are refining and distribution margins improving with price rises? Do petrol stations earn more by selling bread and ham than by selling fuel?

The current geopolitical situation is pushing international commodity prices sharply upwards. A rapid spike in oil and gas prices due to the current geopolitical tension is not good news at all. Disruptions of this kind are not good because they do not respond to the law of supply and demand, but rather to exogenous issues, and although they may have a very concrete effect in the short term, excessive tension is in no way positive in the medium to long term. Secondly, it is worth bearing in mind that fuel prices at the pump have risen in the recent period as a result of higher prices on international petrol and diesel markets, which are still heavily affected by Russia’s invasion of Ukraine. They are not rising because trade margins are being raised. The CNMC itself has said it: since the discounts started, margins are rather narrowing…

A- You are talking about international petrol and diesel markets, which are not the oil market.

Refining is an international market, different from the crude oil market, something we would do well not to forget when, for example, we compare the evolution of the price of a barrel of Brent – with international reference prices – with that of petrol and diesel. In the last decade, 24 refineries have closed in the European Union, more than 10% of the continent’s refining capacity, mainly due to low profitability and regulatory uncertainty. In contrast, consumption of petrol, diesel and paraffin has increased by 1.3% over the same period. This mismatch between supply and demand has led to a rise in world reference prices, based on international quotations that are governed by global dynamics that go beyond the increase in the cost of the raw material, crude oil. The approximately 12,000 service stations in Spain generate a business in which there is competition, in which large volumes are moved and in which, as I said, commercial margins are very narrow. At the same time, the percentage of biofuels in the fuel mix is increasing: in 2022, this will prevent the emission of 5.6 million tonnes of CO2, but this also has an additional cost. In the case of Repsol, before the government approved the rebate, out of responsibility, our customers had already been offered discounts of 10 cents, which were later added to the 20 cent rebate from the state. With the additional discounts, the company has already pointed out that after adding together fuel and in-store sales, it barely makes any money after tax.