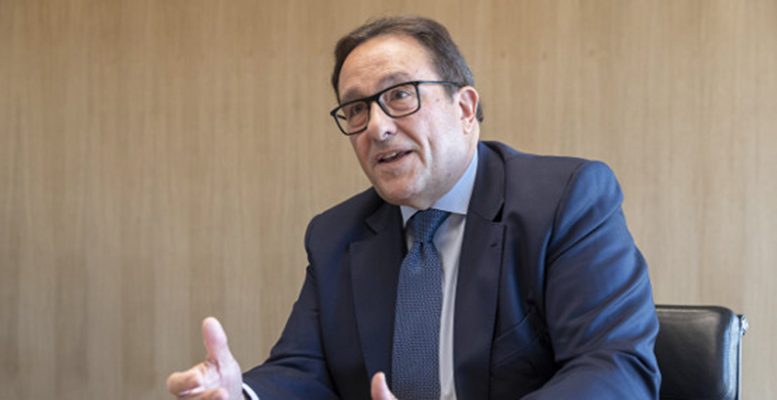 Ramón Adell is a board member of a large listed energy company, Naturgy, and several others. Right now, the Spanish business world is partly caught up in a wave of ICO loans and labour market measures such as ERTEs.

Q: What effects do you think this bubble has had on the culture and management of companies in our country?

A: There is still a certain anaesthesia in part of the business fabric. We will have to see what happens when the ERTEs and ICOs come to an end. Unfortunately, we are perhaps keeping alive companies which are unviable and we will have to face this fact one day, building a social protection network for those who suffer most from these circumstances. We cannot look at companies as predators, but as generators of growth and employment. The anaesthesia must be removed little by little; we cannot maintain it indefinitely. The same applies to the high level of debt. Let us now propose a long-term fiscal consolidation plan that will bring us back to acceptable debt levels. Let us not consolidate a scenario that has been generated by an exceptional situation.

Q: Speaking of an exceptional situation, let us talk about energy prices. You say that the electricity bill should be cleaned up, that it should only include the costs of the service, and that the rest should be included in the General State Budget.

A: Look, we are living in a perfect storm. There is the increase in the price of CO2 rights, together with the increase in the price of gas and oil on the world markets – partly due to the high demand from the Asian markets. In addition, a marginalist market structure taken to the extreme in the case of Spain, has all caused the price of energy to reach historic highs. This situation is leading to an increase in inflation that may put a brake on recovery. Inevitably, the increase in energy prices will be passed on to consumers across the board. From a macroeconomic perspective, central banks will not be able to sustain monetary stimulus and low interest rates indefinitely. And a change in both policies could be a big problem for highly indebted countries such as Spain. Furthermore, I believe there has been excessive speed in the energy transition. The world will go electric, but not tomorrow. We need to make realistic long-term plans, far removed from political dogmatism. Demonising energies that are going to facilitate the transition, such as gas, is a mistake. Furthermore, over time, issues have been introduced into the bill that have little to do with the generation, distribution and commercialisation of electricity, and which account for more than half of the final price that reaches households and companies. These items should be diverted to the General State Budget so as not to contaminate the price of energy, which is an essential factor in household budgets and a vital element for the competitiveness of our companies.

Q: What can be done and what should not be done. And can there be a European solution?

A: We always want European solutions, while we have not yet built a Europe with the possibility of establishing global policies based on general, rapid and effective consensus. Gas is not bought by states and it will be difficult for Europe to take an interventionist measure in the framework of a market economy. But in addition to separating subsidies and costs from the bill, which would technically be better accommodated in the PGE, other measures are possible: the reform of the PVPC (Voluntary Price for Small Consumers) incorporating a more stable energy price than the pool price, the elimination of the generation tax, the improvement in the design of the Social Bonus, the use of the income obtained from the CO2 tax to reduce the electricity bill, etc. It is not easy to communicate the energy markets’ price formation mechanisms to the public. For example, the price on the wholesale electricity market is repeatedly referred to as if it were the price we consumers pay, creating excessive alarm. This is not the case today. But let us not forget that, if nothing is done, in the medium term, and if the rise in wholesale prices is consolidated, the successive renewal of contracts will reflect this rise in all customers. In any case, the upward trend should be slowed down by measures that do not only consider the short term and take into account that the energy transition will require large, solid companies that can guarantee efficient and secure distribution networks, where the generation mix contributes to security of supply.

Q: Although they are different sectors, economic policy decisions have been taken recently, similar to those taken in the electricity sector, in relation to motorways, housing or corporate tax, amongst other activities.

A: Yes, and sometimes interventionism is not the best ally for growth and investment. The energy market is a good example of this. It is a market where investments are quantitatively very high and need a very long maturity period, where investors demand predictability and legal certainty. Rules cannot be changed retroactively. Erroneous decisions can lead to the destruction of the market and to a long judicial process that will not allow it to function normally… The image of legal uncertainty is lethal for attracting investment. Without legal certainty there is no freedom.