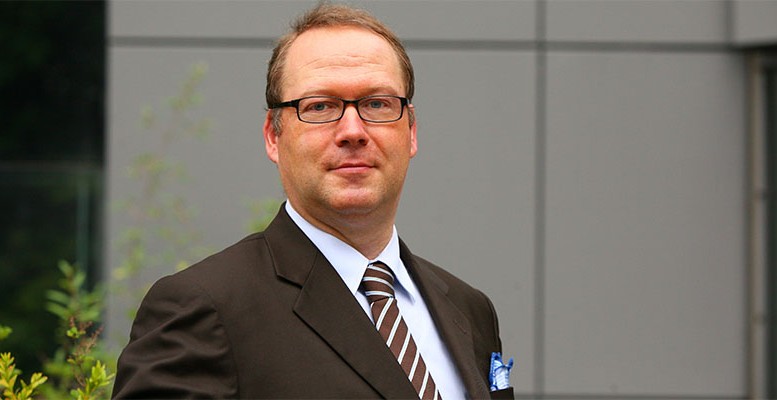 After the 2006 publication of his book “The Crash is Coming,” economist Max Otte became famous. In 2011 he launched another best seller, “Stop the Euro Disaster!,” which signalled the exit of Greece from the euro area and recommended that Spain return to the peseta. Otte has always argued that the euro has not united Europe.

Q: Are we facing a  new global crisis? On the one hand, we have huge debts. On the other, many European citizens are demanding an end to the austerity policy. Many experts believe European politics cannot just pursue the consolidation of public finances…What would be the right thing?

A: According to estimates by McKinsey, in 2015 global debt was equivalent to global GDP. Regarding your question, in principle they are both right. Those in favour of and those against a savings and austerity policy. The key to finding a solution is to recognise that both cannot see beyond their arguments. If we save, we do it to pay our money back to creditors. And the financial creditors are mostly the rich and super rich ones. So we are burdening the middle class with most of the weight in order to give the money back to the banks and the financial upper class. To answer your question, the correct thing would be a debt restructuring. We have to accept that some states and some companies are insolvent and need to reduce their debt. Moreover, there is no doubt that we will have to save to build up resources, and that the money should be invested and not only be used for paying debts.

Q: Can Europe recover its strength?

A: We need to recover the spirit of its founders: Adenauer, Schumann… We need a political union.

Q: With what kind of reforms?

A: A European Parliament with all the functions of a parliament, but limited to the competences of security, trade and foreign policy. In the remaining areas, the principles of subsidiarity (one of the principles of the EU, according to which the closest authority must resolve an issue) and federalism will govern.

Q: In principle, all eurozone banks will participate in an EU Deposit Guarantee Scheme, one of the three pillars of the banking union. To what extent is a Deposit Insurance Scheme reasonable?

A: It is not only unreasonable but harmful. The reason is simple: the solid banks will pay for the less solid or less secure ones. Thus the measure contradicts economic principles and will weaken us. Such doctrines can be applied in social policies but not in the world of business.

Q: So are you not in favour of greater coordination of the economic policies of the EU member states?

A. No, I am not. Asking for a common economic policy is just an artifice, a manoeuvre to make demands on, or force, Germany or the northern European countries. What we need is structural reforms.

Q: So don’t you agree then with proposals such as Eurobonds or the mutualisation of the eurozone countries’ sovereign debt? Do you think we will achieve a real banking union or a capital markets union?

A: If the necessary political reforms are not carried out beforehand, I hope that measures such as Eurobonds or a banking union will never be implemented. Otherwise, Europe will become exclusively a debate, a redistribution and sharing club. So it will be the opposite of a community focused on effort, competitiveness and efficiency. I am convinced that the mutualisation of debt and guarantees cannot work without the prior creation of a political union, with a Parliament which first adopts a common defence and foreign policy.

Q: How do you see Greece now?

A: Greece was and still is an extreme case. But there are similarities with countries like Spain, Italy and Portugal. Given this situation, they cannot avoid suffering from the pressure of the international capital markets. This forces them to implement negative measures for their economies. On the other hand, these countries are also responsible for what is happening to them.

Q: What solution do you see?

A: In the case of Greece, debt restructuring, which would involve the participation of HNWIs in the consolidation of the public finances. And on the other hand, austerity and savings programmes to free up resources for investments and training. There should also be a lot of structural reforms. In addition, it is in Europe’s interest to keep New York and London powers away. Britain is not Europe. The continent has to move forward in its own way.

Q: What powers do you mean?

A: New York, Washington and London dictate the rules of the game. But they are the rules imposed by the investment banking community, based on the interests of the capital markets. In contrast, continental Europe has a financial system based on credit, to which we in Europe can relate. It does not seem reasonable to me that we have to play by their rules. It can’t end well.

The Transatlantic Trade and Investment Partnership (TTIP), which the EU is negotiating with the US, represents a big step towards the economic order of the rich and super rich. It allows states to be sued by large companies and restricts their room for manoeuvre in social and infrastructure investment policies. It means the complete interdependence of the European and US economies. And while the weak euro helps our export companies, it also favours the acquisition of European firms by the US, a country with an overwhelming industrial policy which benefits its companies.

Q: Germany continues to be criticised because apparently the euro has only favoured the rich eurozone countries. Is this reasonable?

A: Yes and no. I understand the criticism. But the Germans also suffer the negative consequences of the single currency. Of course, the Spaniards are now more affected, but the cause is the same. In any event, there is no doubt: the euro has been a setback for all European citizens. And the euro has not united Europe.