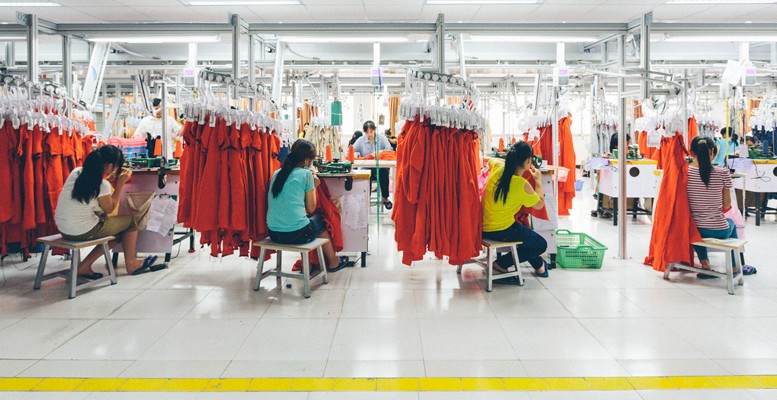 Caixin | Lijia Zhang burst onto the international literary scene in 2008 with a memoir about her rebellious journey from disillusioned factory worker who spearheaded a walkout in support of the Tiananmen Square demonstrators in 1989 to becoming a writer and journalist. Her first book, Socialism is Great! A Worker’s Memoir of the New China, published by Atlas & Co., describes how she dreamed of escaping the stultifying routine of factory life, while reading Jane Eyre hidden within the folds of The People’s Daily. The book has since been translated into seven languages.

However, Zhang says she sees little in common between her struggle to break away from the monotonous life as an assembly-line worker or the struggles of the sex workers who are the subject of her first novel and the “China Dream” touted by the Communist Party.

The China Dream, the way Zhang sees it, is a jingoistic idea about the country’s rejuvenation.

“It would not have worked in my time because at that time the country was just establishing itself,” she said. “Now China’s position in the world has changed and its global influence has increased, and patriotic or nationalist sentiments are growing. I think the China Dream taps into that.”

Zhang’s plans to attend college were quashed when her mother dragged her out of school and forced her to work in a factory producing intercontinental ballistic missiles capable of carrying nuclear warheads, artillery pieces and guns in her hometown, the eastern city of Nanjing. Even at age 16, Zhang says there was a rebellious streak in her and that she chose to teach herself English as a way out of her surroundings.

One of the few mainland writers to write in English, the 51-year-old describes herself as a cultural bridge between China and the world. She now writes regular op-eds for publications including The New York Times, The Guardian and The Observer, and is a regular guest on BBC, CNN and NPR programs.

The following are excerpts of Caixin’s interview with Zhang.

Caixin: How did your dream of escaping factory life differ from the new notion of the China Dream and how do you view the latter?

Lijia Zhang: In some ways you can see the similarities between my personal experience and the transformation which the country underwent. China was a frog in a well until the 80s because of its self-imposed isolation from the world. The country was just opening up when I was a child, and like me it was very curious about the outside world. It gingerly opened its doors. I knew the world was large and I was not happy to be trapped in my small world.

The China Dream, the way I read it, is about the country’s rejuvenation. It would not have worked in my time because at that time the country was just establishing itself. Now China’s position in the world has changed and its global influence has increased and patriotic or nationalist sentiments are growing. I think the China Dream taps into that.

You escaped from the factory floor and went on to study overseas. Do you know where any of your coworkers ended up?

I met one of my former colleagues a year after my divorce. I was going through the worst time in my life when I saw her sitting on the roadside selling newspapers. A few years before that, all the women over 45 had been sacked. When state-owned enterprises are downsizing, women are always first to go. I think many of my colleagues ended up like this. Another guy, Ma, had a stroke; he’d already become an old man. It was really terrifying to see him. He still lived in the same village.

Earlier, you worked as a journalist based in Beijing freelancing for international media outlets. Have you ever come under any form of threat as a result of your work?

In 2008, I wrote a piece for The Guardian newspaper about how China has come a long way since opening up in the 1980s. I got a lot of hate mail, mostly from right-wing Republicans, saying, “How could you possibly defend a fascist regime like China?”

In 2011, when 2-year-old Wang Yue was run over by two vehicles in Foshan, in Guangdong Province, I wrote a piece questioning China’s declining morals. (The child was left bleeding and ignored by 18 passersby before getting any help.) I got a lot of hate mail for that too. I guess some were ultra nationalist groups paid by the authorities to attack anybody they don’t like. But some people’s English sounded too natural, like Chinese living abroad. I got lots of personal hate mail saying I was the running dog of the West, I don’t deserve to be Chinese, and how ugly I am, I have such an appalling face and that I need cosmetic surgery.

Before you became an established writer, you penned some articles under your married name, Lijia McLeod, while using your maiden name for others. Was this a conscious attempt to avoid threats?

That was due to safety concerns. For some articles it felt safer (to use the married name). I just knew it was a necessity to attract less attention. Critical voices can be nastier to a Chinese person, even if you’ve got a British passport. But now I am divorced, I cannot use my married name anymore.

Your first novel, Lotus, which will be published by Henry Holt and Co. next year, revolves around the story of a sex worker in southern China. Where did you find the inspiration for it?

Before she died, I discovered that my grandmother was a sex worker. She was an orphan and was sold into a brothel. She met my grandfather, a married small-time grain dealer, on the job, and then became his concubine. I was curious about how she coped, what her life was like.

Then, when I was in Shenzhen for work, I went to a small saloon to get a haircut. The women there just giggled and said the only person who knew how to cut hair was not around. When I looked at the saloon floor there were no hair shavings. I just stared at those girls in their low-cut dresses for a few minutes before I realized the shop was just a front for a brothel.

My grandma’s story had planted the initial seed of curiosity in my mind. I interviewed several sex workers while in Shenzhen. I also worked as a volunteer for a non-governmental organization distributing condoms among sex workers in northern China. Many small details in the book are real. Prostitution is just a window to see the tensions and the changes happening now. You can pack in so many important issues like migration, women’s position in society, the gap between cities and rural areas, etc. It’s just a literary device.

What were the challenges you faced when researching your novel?

The biggest challenge was that the lives of sex workers were so far removed from mine. One of my friends said, “Try and work as a prostitute, you can satisfy your sexual needs, and you can make some money, and do your research.” All the sex workers I have met sent money to their families. They knew what they were doing is wrong so they argue, “Look I’m helping my family, you cannot say I’m a bad person.” I really had lots of fun researching the book. They talk a lot about breasts. One woman’s implants had gone sideways, they really compare their breasts!

Have attitudes toward sex and sex education changed?

While sex before marriage has become commonplace, there’s not enough sex education, especially among the rural population. When a couple gets married, they’ll be given condoms. Village officials will demonstrate how to use them by putting the condom on the thumb. But, the woman still gets pregnant and they say, “Oh, how did that happen?”

Sex education is supposed to be part of the curriculum but it is not taught in many schools. There’s this explosion – the divorce rate is increasing, the number of abortions and cases of STDs have gone up rapidly – but sex education is lacking.